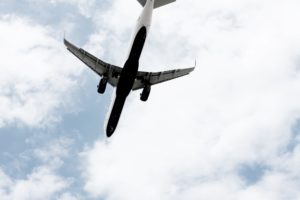 I recently saw a documentary on U.S. Airways flight 1549. It was the plane that needed to land in the river shortly take-off at La Guardia Airport in New York due to birds damaging the engine. The passengers knew they were in for trouble as they saw the aircraft losing altitude. The passengers were resigned to die. Some confessed their sins. Others wondered if they had done everything possible to take care of their spouses. In any case they felt death was imminent. The captains calm voice came over the speaker, “Brace for impact.” In less than 90 seconds the 50-ton aircraft would strike the earth at nearly 200 miles per hour.

In the flight of life, death is pretty much a given; every person is destined to face death. Some know with a little more certainty when they are going to die. Most have no idea. Most don’t have the benefit of the captain announcing, “Brace for impact.” The Bible tells us in Hebrews 9:27, “And just as it is appointed for man to die once, and after that comes judgment.” When your number is up, it’s up, usually without warning. The ensuing future is one of ‘judgment’ where it is determined where a person will spend eternity. The question is, “Where will you spend eternity after you die?” Will you spend time eternal in a relationship with your Creator, or in an eternal separation in everlasting judgment? God has given a choice.

We see in Hebrews 9:26 that Christ has come to put us in right standing with God if we accept the work of His Son Jesus. You see, the reason we are at odds with God is because of our sin. Hebrews 9:26 says, “But as it is, he has appeared once for all at the end of the ages to put away sin by the sacrifice of himself.” Wow! How cool! Christ was obedient to become the payment for our sin. His payment would wipe out that rift of sin between us and our creator, but only if we accept Jesus as the Messiah.

As a result, when He returns, or when we die we will not have to face wrath-of-God judgment but rather, “Christ, having been offered once to bear the sins of many, will appear a second time, not to deal with sin but to save those who are eagerly waiting for him” (Hebrews 9:28). If you have braced for impact, Christ will not return to judge you, but to save you. The eternity that awaits is one of perpetual intimate relationship with your Creator.

Those passengers who faced death on flight 1549 had postponed their day of reckoning; they had been divinely given a second opportunity, so to speak – more time on the clock. We should not assume that we would be so blessed. We see in the Bible our impending doom if we fail to heed the warnings of Scripture. Today is the day of salvation. Today is the day to turn to Christ. Take care of eternity today while you still can.

Our Captain has told us through His Word, to “Brace for impact!”

Listen to His voice.