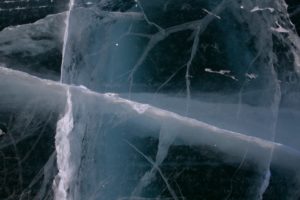 Scripture is particularly clear of the value which the Lord places on unity in the Body of God’s people. Psalm 133:1 gives us just a taste: “Behold, how good and how pleasant it is for brothers to dwell together in unity!” John 17 is the Great Apologetic speaking to the fruit of that unity. In His High Priestly prayer Christ is praying for the unity of the apostles, that it may bear witness to Himself…“I do not ask on behalf of these alone, but for those also who believe in Me through their word; that they may all be one; even as You, Father, are in Me and I in You, that they also may be in Us, so that the world may believe that You sent Me” (John 17:20-21).

Note that our unity is anchored in the Godhead, and that evidence of our unity is an evangelical witness to the world of the veracity of Christ…so that the world may believe! The Church grows, in part, as a result of our witness of fellowship!

Since that unity produces that kind of impact, it is easy to understand why God would so desire to protect it. That is why the words of Proverbs 6:16-19 stand as the clarion call to guard that bond of God’s people, and how the enemy so seeks to destroy it.

The “six things which the Lord hates, yes seven” is an Old Testament literary device of the writer, which is meant to crescendo on the last verse; it is the last item on the list of seven which is of the utmost focus to the writer. The preceding six things are agents in the Devil’s tool box used to spread strife, and divide the brethren- schemes to strike a cleaver right at the heart of unity: arrogance, lies, distain of justice, willingness to engage in evil, a seared conscience eager to engage in evil, and again, one who is willing to smear another person in order to slander them.

All in all, a pretty thorough and effective arsenal in the battle to attack unity in the Body, and I have seen it used with great success by wolves, false Christians in order to harm the Body of Christ. Sadly enough, I have often seen these diabolical tactics carelessly employed by those of whom this may not be their primary intent- by those in the Church. It should be pretty scary to think that we may be one of the people spoken of in these 4 verses.

To the extent that you have murmured in the shadows regarding a brother or a sister, you have undermined unity in the Body of Christ.

To the extent that you have propagated a rumor, or gossiped about someone in the Church, you have attacked the Bride of Christ.

To the extent that you have borne false witness of leaders in the Church, you have broken God’s commandment.

You may attempt to call it something else, but it is still gross and vile sin none-the-less against the Body, and more severely, against God.

It’s one thing to think of false brethren standing before God accounting for their godless actions, and yet, it is altogether horrifying to think of people identifying as believers doing the same. Now, I cannot say exactly what God will do to those who conjure up such destruction – that role rests in the hands of the sovereign, yet just God; but the consequence of one who spreads strife (Proverbs 6:14) is spelled out in verse 15, “Therefore his calamity will come suddenly; Instantly he will be broken and there will be no healing.” I know I don’t want to engage in those acts which the Lord hates.

Ephesians 4:3 exhorts, “(Be) diligent to preserve the unity of the Spirit in the bond of peace.”

To the glory of Christ!