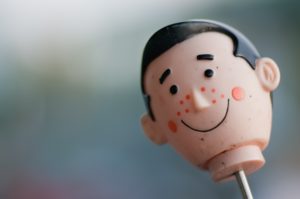 It seems somewhere along the way, that the prevalent worldview of the last 2 thousand years has taken a hit, especially over the last 150 years. Time was when the dominant respecters of higher education were those who embraced the Christian faith. Did you know that Princeton (1812), Harvard (1636) and Yale (1701) all began as Christian seminaries? Those that were champions of higher education were those who embraced the Bible. Wow! Where have those days gone? Today, in the arena of higher education, Christians are often viewed as the naïve, simpletons, bobble heads on campus, merely nodding in agreement to a “ridiculous” way of understanding. Now, Christians are ridiculed for holding to a worldview many believe is irrational and illogical. Today we are judged to be intellectually inferior. So much for “tolerance”!

Sometimes, it is the scientific theories which are irrational. Many scientists hold to the second law of thermodynamics, which states that the universe and everything in it is moving toward a state of maximum disorder. This is known as entropy. Many scientists would also contend that we were “birthed” out of primordial “goo,” and evolved into the beings we are today. Yet, the two cannot go hand in hand. These people are actually maintaining that as the world exploded from the “big bang” and was headed toward maximum disorder, the second law of thermodynamics was broken, set aside or reversed itself! They maintain that during maximum chaos, the simplicity of goo evolved into more complex components, such as eyes, ears, nervous, taste, and olfactory systems, in short, humans. Something doesn’t fit; either the law has been broken, in which case it isn’t a very sound law, or it isn’t a law at all. It takes more faith to buy into that, than to accept that a Creator exists.

Often, science historically disproves itself. The ancient minds understood there to be only 1300 or so celestial bodies (planets or stars). Present knowledge has determined that there is somewhere around 21 billion trillion such bodies. Also, take for example the brilliant minds of the first fourteen centuries AD that insisted that the world was flat. It was not until the work of Columbus that scientists and the civilized world knew this was false. How about the scientific community that declared that the sun revolved around the earth? That wasn’t true either. It wasn’t until the work of Copernicus in the 16th century that science reversed its position. How many other scientific assertions are being promoted as “absolute truth”?

It is not just about knowledge. Our Biblical understanding has spread way beyond the arena of the classroom. It is the Christian faith that is responsible for so much more than education. Christians have added incredibly to the wealth of music and art. It was the Christians who greatly pioneered humanitarian efforts to help third world countries. It has been Christians who have built hospitals to care for those in need. You do not hear of the First United Atheists Hospital, or the Selfish Cross Relief Fund.

So, I ask, “Why are Christians so looked down upon?” Scientifically, the Bible has not been proven wrong. So, I ask, “Who is really lacking a comprehensive worldview?” Science and the Christian faith can go hand in hand. It is God after all, who allowed us to understand Him and His works better through the discipline of science.

I don’t know who said this, but it pretty well sums it up, “Scientists scale the mountain of ignorance and find themselves at the top only to discover that they are in the company of theologians who have been there for centuries.”