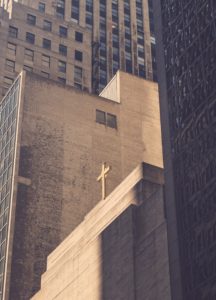 (This is an article which I wrote to commemorate the 10th Anniversary of the event – 2011).

It is a date indelibly etched into the vaults of our minds. Anyone who is twenty and above surely remembers where they were, and what they were doing as they heard or saw the news of jets careening into the World Trade Center Towers, an occurrence so profound upon the landscape of U.S. history, that the nation drew a corporate national gasp as we lapsed into fear and mourning. We had been assaulted on a level never heard of on our own soil; the core of our foundation had been compromised.

In the days and weeks which followed flags sold in record numbers and patriotism flourished on a level seldom ever seen, and churches, yes, churches, forgotten churches, long since abandoned churches, were packed as fearful and confused nationalists sought comfort in the midst of a higher power. For months the resurgence of national pride paralleled renewed interest in the sanctuary of God, as perhaps, only perhaps, we sought to court the favors of the Almighty, and once again be a nation, “Under God.”

But such were the hopes of dreams and fairytales; it was not to be.

After a few brief months those church-going numbers began to wane, gone were the shattered securities seeking to find reassurance in the refuge of the Almighty. Gone was a humility that sought to, if even for a moment, ascribe to God His rightful place in His sovereign economy. In short order, as a nation we had returned to our own independent ways, vowing “never to forget.”

One may say that is the mark of a resilient nation, or the trademark pride of a resolute people. Yet, others would simply avow it to be an unholy bride returning to the ways of her capitalistic promiscuity. Vowing never to forget we had all too easily forsaken the eternal ever-present God, and sought the delusional comfort made of our own devices.

One would not wish the events of that day on anybody, but I do wish the shrine of Ground Zero would at least be a testament to a people who turned to God. But again, these are the hopes of dreams and fairytales, for I have heard that the ten-year remembrance of that event is denying any clergy to be present at the event. Rather, the pundits are seeking to convince the nation that this is no place for God, but only a time for the families to remember those lost, an event to be absent even the slightest prayer to the Sovereign. Can we not as a nation recognize submission to our Creator?

Like Israel we have elected to forsake our Master. Isaiah 57:11 says,   “Of whom were you worried and fearful when you lied, and did not remember Me, nor give Me a thought? Was I not silent even for a long time, so you do not fear Me?”  We have truly lost our moral and spiritual compass as a nation; we have lost a healthy reverence of God. And if we cry out with like insincerity as to a decade ago I fear the response will be the same as it was to Israel. “When you cry out, let your collection of idols deliver you. But the wind will carry all of them up, and a breath will take them away” Isaiah 57:13a. Will our precious system save us? Surely not!

God makes it clear that it still is not too late to turn to Him. “But he who takes refuge in Me will inherit the land and will possess My holy mountain” Isaiah 57:13b.  And these are NOT the hopes of dreams and fairytales – these are reality, but as a nation we all need to dial 9-1-1 to the Almighty – He will hear our cry, He will answer.

Today and everyday is a day to openly and outwardly remember and honor God.