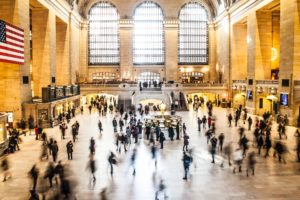 Of all the delusions mankind has perfected one of “the best” is the art of procrastination; it is an art you know – the ability to strategically put off until tomorrow what could just as well be performed today. The tools of our craft are those of rationalization, projection, and just plain laziness.

“Someday, I will clean out the garage,” “Someday, I will fix that little project,” “Someday, I will get a better job,” or “Someday, I will pick up that phone and make things right with that family member or severed relationship.” Yet, “somedays” roll on by and 15 years later, the garage is crammed, the project is untouched, we check in to the same old job, and the phone call is neglected or even altogether forgotten. Yet, our intentions were good-right?…Right?

“Well, I was busy” we may say, or “There were other important things to do!” or maybe, “I was just so tired.”

The greatest danger of procrastination may be in regards to our relationship with our Creator. “Someday, I’m going to have to get straight with God” which simply means, “I know I should be engaging in a relationship with God, but for right now I am just too busy…but someday.” The result is often the same – years go by and nothing has been done to foster relationship with the Almighty.

Yet, God is patient and allows us the freedom to postpone, to procrastinate, He even extends to us the courtesy if we fail altogether to choose Him before that “someday” comes…

Luke writes a poignant illustration to the consequences of procrastinating in Luke 9:59-62, “And He [Jesus] said to another, ‘Follow Me.’ But he said, ‘Lord, permit me first to go and bury my father.’ But He said to him, ‘Allow the dead to bury their own dead; but as for you, go and proclaim everywhere the kingdom of God.’ Another also said, ‘I will follow You, Lord; but first permit me to say good-bye to those at home.’ But Jesus said to him, ‘No one, after putting his hand to the plow and looking back, is fit for the kingdom of God.’”

The point is that there are always things which could be done, even worthy ones that are honorable, but Jesus is communicating the importance of forsaking those in favor of following Him; the argument being how much more willing should we be to forsake the temporary trivialities in order to gain those blessings of eternal value?

For the unsaved, the consequences of procrastination are eternal separation from God – absolutely devastating. To the “believer” who “proclaims” to believe in Christ and then never really gets around to following Him – well, you saw what Christ said; he is not fit for the kingdom of God.

Don’t be a victim of the myth of “Someday.”

What do you have to do today that is more important than your eternity?

Get right with Him – Someday is today!