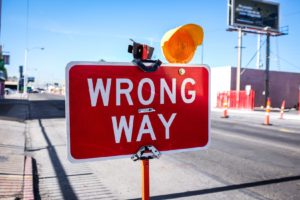 Whatever happened to sin? Several months back, while having lunch with an acquaintance I mentioned that another person had lied to me. This person responded briskly, “You can’t say that, it is a very serious allegation with very sharp implications.” To him, it wasn’t a matter of whether what I said was true, but just how my identifying it as such might stir something up. He continued, “Maybe he just didn’t understand what he was saying.” He seemed to want to whitewash this other person’s actions.  Apparently to him, rather than use the word “Lied” I should have said, “His subsequent actions were contrary to those which he had originally purported.”

I imagine in this paradigm we are supposed to identify all sins in their politically correct and non-offensive verbiage. Under this guideline, we are to say that Attila the Hun was “edgy.” Adolf Hitler was morally challenged and working through some midlife frustrations. Abortion is merely an “Inconvenience.” And adultery in marriage is only a minor “indiscretion,” after all, everyone is doing it, right?” WRONG!

We do know that mankind has not entirely extricated all of the understanding of sin out of the world. We would never say, “A man intentionally permanently discontinued another man’s life support functions” when we were referring to a murderous act. We would say, “First Degree Murder!”  Evidently, we get that minimal understanding. So why don’t we refer to other crimes against God as what they are? SIN!

I suggest that the word itself has taken on a rather convicting air about it, and well it should, but that makes people awkward. And we don’t like that. Rather than deal with the burden of sin, we have sought to merely redefine it out of existence. It didn’t really go anywhere, we just refused to acknowledge that it was “in the room.”  It was an unwelcomed guest that wouldn’t leave and therefore, needed to be given a new name. That way, if someone asks if there is any sin in the room, the response could be, “No. We only have acceptably titled offenses against God living here.” “I deserved the money; my company owed it to me,” or “It is a woman’s right to choose.”

Romans 6:12-14 says, “Therefore do not let sin reign in your mortal body so that you obey its lusts, and do not go on presenting the members of your body to sin as instruments of unrighteousness; but present yourselves to God as those alive from the dead, and your members as instruments of righteousness to God. For sin shall not be master over you, for you are not under law but under grace.”

Paul knows full well that sin is alive and well in the world. And though the eternal effects of sin can be offset by the work of Christ, sin cannot be declared simply not to exist in the here and now. The only way to deal with sin is with the blood of Christ, by allowing Him to wash us clean.

Once that is done Romans 6:22-23 declares, “But now having been freed from sin and enslaved to God, you derive your benefit, resulting in sanctification, and the outcome, eternal life. For the wages of sin is death, but the free gift of God is eternal life in Christ Jesus our Lord.”

Sin results in death, even sin that is called, “a moral hiccup,” “verbal indiscretion,” or an “ethical slip-up.” Sin by any euphemism is still sin. As the old saying goes, “A rose by any other name is still a rose.” On the other hand, freedom from sin through Christ results in sanctification and eternal life.

Interesting how we don’t have euphemisms for Eternal Life. That’s because it just doesn’t get any better than that. So sweet! Life eternal with God. Amen!