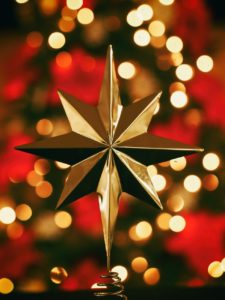 Well, it’s that time of year again when we get caught up in the realm of political correctness.  In order for the general populace not to be offended, we need to use terms such as, “Turkey Day,” or “Harvest Dinner” instead of “Thanksgiving.” We must say, “Season Greetings,” or “Happy Holidays” instead of “Merry Christmas.” We can say “Winter Break,” or “Spring Break,” but my goodness, we’re not allowed to say, “Christmas Break,” or “Easter Break.” Far be it to recognize a holiday honoring God the Creator of all. Incidentally, has anyone considered the fact that we are offending God by nudging Him out of the spotlight. Frankly, succumbing to this cultural tomfoolery is downright offensive. It is obvious that the culture wants to shove God aside because it is easier to assert that God does not exist if we don’t use words and phrases which point to Him.

Unfortunately, this time of editing occurs within the church as well. Nobody wants to call things as they are. In my day, sin was referred to as “sin.” Today someone is “morally challenged.” The PC term referring to Hell is…, well, there isn’t one, it is just a topic that is not addressed whatsoever, as if that makes it not exist. Much of the blame goes to those in the pulpit, preachers have gone somewhat soft on declaring the full counsel of God. One of the realities of God is that He does have wrath toward His enemies, and toward sin.

Anyway, the bottom line is that we are surrounded by the manipulation of our culture. In a world that cries out for tolerance, Political Correctness is the most intolerant system of thought to dominate America since the Salem Witch Trials. Bottom line is people have never wanted to hear the truth. In the day of Isaiah, God had to deal with people like this.

“For they are a rebellious people, lying children, children unwilling to hear the instruction of the LORD; who say to the seers, ‘Do not see,’ and to the prophets, ‘Do not prophesy to us what is right; speak to us smooth things, prophesy illusions, leave the way, turn aside from the path, let us hear no more about the Holy One of Israel’” (Isaiah 30:9-11).

The people of Israel didn’t want to hear truth; they wanted niceties, illusions, lies, political correctness, but by no means the truth about God. They desired to live in a Neverland rather than face God on a real level. But there would be a price to pay for being so obstinate.

“Therefore thus says the Holy One of Israel, ‘Because you despise this word and trust in oppression and perverseness and rely on them, therefore this iniquity shall be to you like a breach in a high wall, bulging out, and about to collapse, whose breaking comes suddenly, in an instant’” (Isaiah 30:12-13).

As we refuse to acknowledge the truth, we exist in a fragile state, with collapse just around the corner. Sounds like our country doesn’t it? Hey, let’s get real. Let’s call it like it is. The United States exists because God has allowed us to exist. Can we give credit where credit is due?

I hope your Thanksgiving meal honoring God for all He has given was great. May you have a “Merry Christmas” remembering the greatest Gift given to mankind, Jesus Christ, God’s own Son. And, may your time of reflection at Easter be grand, as you remember how the death and resurrection of Jesus Christ gives us the opportunity to be rescued from an eternal death in Hell if we believe in Him.  Isn’t it easier just to accept what God has for us and honor Him for that?