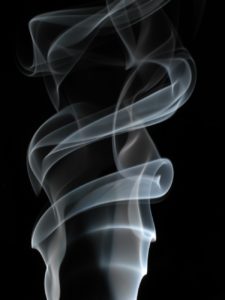 It would be extremely difficult to imagine someone going through the efforts of constructing a detailed letter, communicating desires, expressing feelings, then failing to put an addressee upon that letter. Just as absurd would be to put that undesignated letter in an envelope and fail to place a name and address upon the outside of the envelope, yet send it off in a mailbox. Why? Because that envelope and its contents will not make it to the intended receiver.  That unidentified recipient will neither receive those requests, nor those sentiments. Sort of important to have a name, don’t you think?

But when we elect to pray to an abstract mythical, or unidentified deity, isn’t that what we are doing? When we fail to invoke the sovereign to whom we are praying, who knows where the prayer is being routed? Now, I understand that God is omniscient and He understands our hearts when we pray, but I also know that Yahweh wants the glory. In 1 Kings 18 when Elijah is going head to head with the prophets of Baal, he makes it very clear to whom his entreaty is directed – Yahweh. And the response is decisively from Yahweh! So why do we pray in the name of God? Or, more specifically, why do we pray in the name of Jesus? The answer is because there is power in that name.

Case in point – remember in Acts 3:6, when Peter and John are going up to the temple and they encounter the lame man. He wants money but Peter offers him so much more. He says, “In the name of Jesus Christ the Nazarene — walk!” What follows is no less than a miracle as the man leaps up and walks! Peter and John take on the popularity of rock stars because the people think that they themselves had something to do with that power. They inform the people, “On the basis of faith in His name, it is the name of Jesus which has strengthened this man whom you see and know” (Acts 3:16). For this act, the men are in trouble and are taken to leaders and instructed, “to speak no longer to any man in this name” (Acts 4:17-18).

Their response is found in Acts 4:19-20, “But Peter and John answered and said to them, ‘Whether it is right in the sight of God to give heed to you rather than to God, you be the judge; for we cannot stop speaking about what we have seen and heard.’” It reveals the compulsion they have to honor God by giving credit where credit is due. They are taking a stand as to whom their allegiance lies, that they are serving a higher name and authority than any earthly power. They acknowledge that the governing agency will have to respond how they see fit, but in regards to proclaiming the name of Jesus, they cannot acquiesce to the request of silence.

And can we blame them for their resolute position? They are merely standing up for God and the power in the name of Jesus.

How do you think God would feel to receive a prayer which began and ended, “Dear Random Generic Deity…”? One cannot really presume to imagine how He would feel but I would minimally surmise that salutation is not honoring to God. We have all received those impersonal irritating emails or junks mails which say, “Dear Resident” or, “Dear Postal Customer”; what is your response when you receive something like that so lacking of any relationship? Exactly. You throw it away. It’s almost offensive that someone would presume to ask you of something when they don’t even address you by name.

When it comes right down to it, there is only one God to address all prayers to anyway, the God of Israel, the God of the Bible, the Creator of the universe, Yahweh; He is the only one who can hear, as there is only one true God. The same God that sent His Son to die for our sins, that we might freely come to Him through the most powerful Name of all.

So, when we pray, remember that there is power in the Name.

The Name of Jesus!