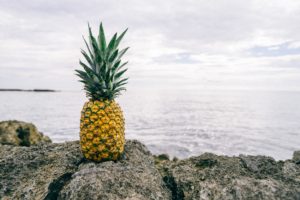 Many scientists hold to the second law of thermodynamics, which states that the universe and everything in it is moving toward a state of maximum disorder. This is known as entropy. Many scientists would also contend that we were “birthed” out of primordial goo, and evolved into what we are today. But, the two cannot go hand in hand. They are actually maintaining that as the world exploded from the “big bang” and was headed to maximum disorder, the second law of thermodynamics was broken, or set aside, or reversed itself. They maintain that during maximum chaos, the simplicity of goo evolved into more complex components, such as optical, auditory, nerve, taste, and olfactory systems, in short, humans. Something doesn’t fit; either the law has been broken, in which case it isn’t a very sound law, or it isn’t a law at all.

Do I have a better answer you ask? Well, yes, I do. It is the law of God. God created the universe and all that is in it and then created us, a more complex and spiritual race. Our senses did not evolve opposing any law. Rather, they were given to us by God, I believe so that we could recognize the awesome works of God. My thoughts are that God loved us so much that He wanted us to recognize that certainly there must be a Creator. What He wanted us to see, He allowed us to see through the use of our senses.

After all, was it necessary for us to have all these senses? Was it necessary to even see the world in color? In millions of shades? Was it necessary to be able to hear music? Was it necessary to be able to smell pineapples? Yes, it was all necessary, at least God thought so. The diversity of our senses equips us, and allows us to see the majesty and creativity of the Creator. If we had evolved, why would these senses have evolved beyond what would have been needed for mere survival? Why would our bodies develop aesthetic abilities? What concern would we have for an appreciation of anything beautiful? What would it have mattered? According to Darwin, it was not survival of the most aesthetically aware, it was survival of the fittest.

Psalm 139:14 declares, “I praise you, for I am fearfully and wonderfully made. Wonderful are your works; my soul knows it very well.”

We are fearfully and wonderfully made so that we can recognize that His works are wonderful. God created, and wanted us to know Him. He blessed us with the ability to do so through our cognitive abilities, and our senses. God knows it. Our souls know it. And if scientists would be objective they would accept it as well. Good science is God science. After all, science is merely man’s way of trying to understand how God does things. We don’t have to break any laws to come to this understanding. We don’t need to set aside any laws. We don’t need to even throw away our God-given logic. If we see the world and creation in light of God’s handiwork, science makes sense.  Waddayaknow?

Our response should be to praise Him for allowing us to see just a glimpse of His splendor.