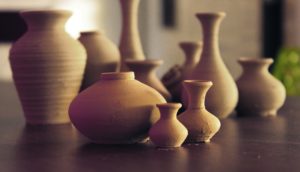 It’s hard to think that a statement such as, “You dirtbag!” could be taken in anything but the pejorative. After all, we would not infer that someone desires to issue us a blessing in some form or another with these words. But, if you think about it for a moment, there is a lot of truth in that statement. We are made of dirt, of dust. Genesis 2:7 says, “Then the LORD God formed man of dust from the ground, and breathed into his nostrils the breath of life; and man became a living being.” So even though we are fabricated out of the elemental matter of creation, there is something that sets us apart from every other living being, or substance of creation.

The Lord God has inspired, or breathed into us a soul. And, He has created us in His image; something about which no other animals, birds or fish it is said. The picture is of God holding this mankind form before Him and breathing into the nostrils that which would animate man and cause him to have life, an existence like no other being for it would be a life-form able think, rationalize, emote, love, but most importantly, have an intimate relationship with God.

Unfortunately, we messed up that whole relationship thing in the garden when we disobeyed God. Part of the penalty is that we would suffer death. But our death wasn’t to be relegated merely to the physical realm, that didn’t mean just a physical death, but even more dreadful, a spiritual death–separation from God.  A death to the relationship. Arghh!

God pronounced in Genesis 3:19, “By the sweat of your face You will eat bread, Till you return to the ground, Because from it you were taken; For you are dust, And to dust you shall return.” The destiny of these mortal bodies is to be reduced to the earthly substance once again, from which the Lord fabricated us. We would work, we would age, lose our hair and teeth, ache, and finally, yield our final breath, surrendering that soul which the Lord had entrusted to our bodies.

David had a faint understanding of the awesomeness of who we are, Psalm 139:13-15, “For You formed my inward parts; You wove me in my mother’s womb. I will give thanks to You, for I am fearfully and wonderfully made; Wonderful are Your works, And my soul knows it very well. My frame was not hidden from You, When I was made in secret, And skillfully wrought in the depths of the earth.”

David said it. We are fearfully and wonderfully made, skillfully crafted from earthen components by the Master Potter–we are pottery, earthenware! We are simply, divinely-designed quantities of elementary material that have been established to carry around the soul of which we have been made stewards, souls with which the Creator desires to have relationship, so don’t let anyone tell you that you are without value. That vessel is God-made dust, which was created by the mind of God and spoken into existence.

But wait, there’s more! Paul says in 2 Corinthians 4:7, “But we have this treasure in earthen vessels, so that the surpassing greatness of the power will be of God and not from ourselves.” Of what treasure does Paul speak? Of the treasure of having the light of Christ in us–the reason we have a relationship with God to begin with. The most simple of vessels, housing the power of the Almighty. Wow!

So, when you think about it, we really are “dirtbags,” or “bags of dirt.” Therefore, if someone ever calls you a “dirtbag” ever again, you may rightfully respond, “Yes, I am very magnificent, aren’t I? I am a very special, one-of-a-kind, custom-made, handcrafted life-form expression of rudimentary material designed by the Creator to glorify Him by housing the Light of the knowledge of the glory of God in the face of Christ. Thank you for noticing.”

Let me know the response you get. Smile face emoticon with wink!