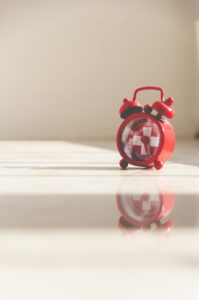 My mother said that I was more trouble than all of my siblings combined. Now, she did not tell me this because she was trying to be mean; rather, this was the truth–I was notorious for getting into trouble. As a toddler, I was the one who would throw myself down on the floor in the middle of a crowded supermarket, and bite myself in order to heighten the drama…all in an effort to get my way. As a child, I was the one who, more than once, found myself in the principal’s office for breaking an ink pen open and smearing the contents all over the top of my desk. My penalty was to write a 500-word essay on how I would not do that again…within a week I was back in his office for the same offense, sentenced to write the same essay. I was the one sent to my room for things like carving out the center from a plate of freshly-baked brownies, or carving a game of Tic-Tac-Toe into the top of a fine walnut dresser, or hurling loads of mud on the side of the multi-purpose room building at Golden Hill Elementary School.

Many times, I heard those famous words, “Go to your room, and think about what you have done.” “Can I come out yet?” I would plead sheepishly. “No, not yet” was often the reply, “After you have learned your lesson.” Time-outs always came with a sense of disconnect from my parents, if not the entire family…a separation from the relationship of community. I would anxiously wait for those words of release, “Okay, you can come out now.” Ahhh! Relationship restored.

Somehow, I felt that I was the only one subjected to this sort of treatment. But, anyone who has read the Old Testament knows that was not the case; the Israelites always found themselves placed in divine time-outs to “think about what they had done.” Rather than a corner, or going to their room to think about it, they were allowed to be taken captive by another country into exile. The Northern tribes were conquered by the Assyrian empire in 721 b.c., and Judah, 100-something years later, was taken into Babylon (606, 596 and 586 b.c.). Their crimes were not carving brownies or breaking ink pens, their transgressions were far more egregious; they had chosen to worship other gods. In Bible-speak it would read like:

“For they also built for themselves high places and sacred pillars and Asherim on every high hill and beneath every luxuriant tree” (1 Kings 14:23)

“She [Israel] went up on every high hill and under every green tree, and she was a harlot there” (Jeremiah 3:6).

“The people still sacrificed and burnt incense on the high places” (2 Kings 22:43).

You get the picture; “high places” is a synonym for altars of false gods.

Long had the prophets of Israel heralded demise for failure to honor their God, but the hearts of God’s people had grown hard. Not, “oops.” Not, “we didn’t know.” But, premeditated, intentional worship of a false god. Taunting. Violation. Offense. Unruly children, just begging for a time-out, or worse. And God would concede, allowing the evil, dominating empires of the day, to be the agents of necessitated applied “correction.”

In 606 b.c. Judah began to be whisked away to Babylon for their time out. 20 years later would be the final defeat, destruction of the Temple, and removal of the of the inhabitants of Judah; they had all too often bowed to false gods on high places. And for their deeds, they would receive the sentence of 70 years to learn their lesson, but, in time, they would see an end to their time-out; they would be able to “come out now” and start anew, rebuilding the temple, and following God’s will rather than their own, celebrating their feasts, and paying their vows.

On an individual basis, God sometimes allows people to have time-outs in another way…He abandoned them–When He had had enough. Romans gives of “list” of some of the fruit of the flesh, “And just as they did not see fit to acknowledge God any longer, God gave them over to a depraved mind, to do those things which are not proper, being filled with all unrighteousness, wickedness, greed, evil; full of envy, murder, strife, deceit, malice; they are gossips, slanderers, haters of God, insolent, arrogant, boastful, inventors of evil, disobedient to parents, without understanding, untrustworthy, unloving, unmerciful; and although they know the ordinance of God, that those who practice such things are worthy of death, they not only do the same, but also give hearty approval to those who practice them” (Romans 1:28-32). God abandoned them in their own filth to wallow. Time-out!

Paul issued a time-out to the immoral man in 1 Corinthians 5; it was an excommunication from the community of the faith, “I have decided to deliver such a one to Satan for the destruction of his flesh, so that his spirit may be saved in the day of the Lord Jesus” (1 Corinthians 5:5). Until he had learned his lesson; time-out!

All time-outs are imposed so that lost sheep can “learn a lesson” of humility, obedience, and consequences.

We are no different–All we like sheep have gone astray. Some find ourselves on foreign soil…without a compass. In the belly of a fish. In a pig pen. We find ourselves in “rooms” of our own making, thinking about what we have done.

Worshipping other gods, ignoring God’s moral code, placing ourselves as divine sovereign over our own lives is never a good idea, moreover, it is a sure way to invite a divine time-out, or worse.

But, God is a gracious God, and allows multiple chances. Our time-outs are not to be without purpose; we are to learn, to examine our hearts, to think about what we have done, and to consider ways more in alignment with the will of God. But until then, while in time-out, our relationship with our Creator may be pretty minimal, if at all. But again, our God is merciful, and after He determines we have endured enough, and that our hearts were changed, that we have indeed “learned our lesson,” He allows deliverance even if it is only restoration of the relationship. It is as if He says, “Okay, you can come out now.”