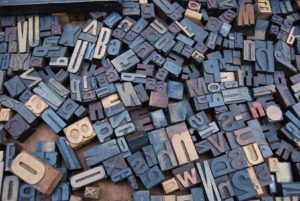 I would imagine many of us are familiar with the fictional character Hester Prynne; she’s in a story called The Scarlet Letter written by Nathaniel Hawthorne in 1850. It’s a story about a single woman who is living in 17th century Salem, Massachusetts, who ends up being pregnant out of wedlock. As part of her punishment, the town mandates her to wear, around her neck, a scarlet letter, the scarlet letter “A”. That letter was intended to constantly remind her, and constantly remind the community of her specific sin; the sin of adultery.

But that focus would be altogether wrong.

What I want to encourage us to remember is that our true identity is in Christ. Paul says to the Romans in chapter 6:1-4, “What shall we say then? Are we to continue in sin so that grace may increase? May it never be! How shall we who died to sin still live in it? Or do you not know that all of us who have been baptized into Christ Jesus have been baptized into His death? Therefore we have been buried with Him through baptism into death, so that as Christ was raised from the dead through the glory of the Father, so we too might walk in newness of life.” In other words, no letters around our neck, only the righteousness of Christ.

Do you realize the burden that takes off of every single one of us? We don’t look down upon somebody and say “Aha! I know the sin that was besetting you; I know the sin that held you down.” We don’t do that. Rather, we are to look upon people, those in the faith, as having been delivered from the consequences of that sin. “Therefore from now on we recognize no one according to the flesh; even though we have known Christ according to the flesh, yet now we know Him in this way no longer. Therefore if anyone is in Christ, he is a new creature; the old things passed away; behold, new things have come.  Now all these things are from God, who reconciled us to Himself through Christ and gave us the ministry of reconciliation, namely, that God was in Christ reconciling the world to Himself, not counting their trespasses against them, and He has committed to us the word of reconciliation” (2 Corinthians 5:16-19). The reason that we don’t wear those letters is because God has reconciled us to Himself through the finished work of Christ– “Not counting their trespasses against them.”

I don’t know if you’re at all like me, but sometimes I feel like I’ve got the whole alphabet hanging around my neck, and, as I look back to my past, if you were to measure me, if you were to weigh me by the measure of my past, I would be found so wanting. But it’s the blood of Christ, that makes those sins not count against me anymore.

But, it doesn’t stop there.

And He, God, has committed to us the word of reconciliation. God has given us that same message to be communicated throughout the world because people are walking around with letters around their necks that are burdening them, letters which are dragging them down. And if they are not eventually found in the blood of Christ, in the righteousness of Christ, they will be eternally separated from God. But brothers and sisters, once they are in Christ we can no longer identify them and the sin that weighed them down. “Therefore, we are ambassadors for Christ as though God were making an appeal through us. We beg you on behalf of Christ be reconciled to God” (2 Corinthians 5:20). The plea to receive the Gospel is to go out from us!

Here it is: Think of that letter that used to weigh you down, and let these words remove that letter forever. “He made him who knew no sin to be sin on our behalf, so that we might become the righteousness of God in Him” (2 Corinthians 5:21).

Those are the words that should carry us through. When we think of those sins that burdened us, when we look upon people that don’t have the yoke of Christ upon them, we need to remind ourselves of the freedom that is offered in Christ.

I urge you to remember your new identity, that your identity is no longer who you were; that person has been slain, and you have died in Christ. The symbolism there is that as you have been raised in Christ, you are a new individual. And that sin is no more!

When we celebrate the Lord’s Supper, we are affirming the identity what we have in Christ. Christ has given us this living memorial that we might partake of this emblem, and this symbol of His body. And what could be more intimate in identifying ourselves with Jesus Christ than to reflect on His death, and to partake of His body?

Take a few moments now to examine your heart, and to see where you stand before God. Remember the words that you are in Christ and “He made Him who knew no sin to be seen on our behalf, so that we might become the righteousness of God in Him.”

Lord, if we do wear a letter. It is an “R”, maybe even a golden “R” that says “Redeemed” or “Righteous.” Not of our own works, but because of that blessed mantle that You allow us to wear.

Lord, I thank you for the yoke that you have given to us that identifies us as your people. I pray that we would not allow the world, or the enemy to try to snatch that away from us; that we would not allow identity theft to take place. But, that we remember always that we are in you, and we are eternally redeemed. We thank you, in Jesus name. Amen.