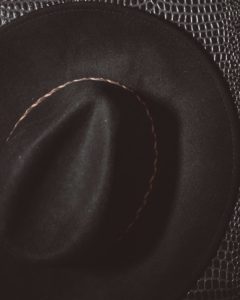 For those of us engaged in the study of Scripture, it seems as though the mere mention of the word Pharisee sparks images of bad guys in “black hats” sleazing their ways into the biblical narrative. We can almost hear an audience murmuring as these antagonists take center stage in the text; we utter vaudevillian jeers as the Pharisees try to impose their distorted “truth” upon their targets. And under our own breath, we are hoping that Christ, or Paul makes “mincemeat” out of them. However, there are at least two very great misunderstandings about these prominent “adversaries” that we need to understand.

The first is that not all Pharisees were bad Pharisees. What does that mean? Well, first it means that when they first began their motives were right. They seem to have come on the scene 167 years before Christ. They had been commissioned to know and keep the law; they were ardent followers of the Law. They were appointed as sentinels to uphold, and foster meticulous obedience to the Holy Scriptures, the written Word of God. Pharisee finds its root in the Greek word Pharisaios, meaning “set apart, separated.” To that end, they were “distinct.” They had a desire, even a passion to protect the Word of God.

In their zeal to maintain truth, however, they added “layers” to the law. They loved the written Law of Moses, yet, they sought to incorporate elements of a perceived oral tradition into the written witness. They supplemented the Words of Scripture, and over the years subjected others to these burdens. For example, as most would agree pride is a sin; in the eyes of the Pharisees looking into a mirror may cause someone to like what they see, and therefore have pride, so in order to guard against that temptation, the Pharisees would prohibit mirrors in the household. That is only an example, but you get the point. Extra-biblical ordinances were added to the pure Law of God to provide a safeguard. The product of so much zeal was a Law, not God-breathed, but man-made legalism, which eventually was preserved in their document­–the Mishnah.

This new Law became that which the Pharisees so vehemently defended. In fact, however, their branding of religion became a death-trap; it no longer had the merits to redeem, or even point in a genuine way to God. It places an unbearable load placed upon people… “They tie up heavy burdens and lay them on men’s shoulders” (Matthew 23:4). For that, Jesus referred to them as a “brood of Vipers” and as “white-washed tombs filled with dead men’s bones.” “Beware the leaven of the Pharisees.” But this brings me back to my original point–they were not all bad. They had a passion; their motive was to defend God’s Word, and to do what is right. To some extent, they did just that. But pride would get the better of them.

As we know things changed over the years and the idea of Pharisee brought with it a desire to elevate one’s self. But still, all of the “black hats” were not all bad. Three such individuals come to mind, three who I might very well call my favorite Pharisees. Take Nicodemus in John 3; he is the man coming to Christ in the cover of darkness to inquire of Jesus. Scripture seems to find him later having made a commitment to Christ and following him (John 7:50, 19:39).

Then there is Joseph of Arimathea. The Pharisee who stood against the rest of the Sanhedrin which desired to put Christ to death. This Joseph was the man who would take the slain body of Christ down from the cross and bury it in his own tomb (Matthew 27:60).

Finally, there’s Paul the Apostle; everybody’s most famous Pharisee. The man who was so zealous in protecting the Law that he mercilessly attacked the fledgling church of Christ. But he, in turn became a follower of Christ as well, and the most ardent defender and communicator of faith in the risen Lord.

The point is that these hardened hearts were at some point softened, and received the Good News of Christ. Not all bad!

So that is the first misunderstanding I want to clear up: the idea that all Pharisees were all bad.

But here is the second misconception in regard to Pharisees: that we do not need to worry about them any longer; we do! Though the Pharisees seemed to evaporate into thin air somewhere around 73 A.D., they did not go away; well not completely. Here’s what I am saying.  Obviously, as a religious sect, they are not still considered an active force to be reckoned with, however, there are people in the tradition of Pharisees still walking around, engaging in the same kinds of malevolence as their “ancestral namesakes.” Most of the time they are not wearing their religious robes and accouterments, but they are present none the less, steeped in their self-absorbed piety. They are in the church, they are teaching in Christian schools and universities, they are writing books, and blogging. Some are even in the pulpits on Sunday morning. They have invaded orthodoxy with their own branding of errant self-serving religiosity–leaven! And sadly, they have even deluded themselves.

Now, don’t get me wrong. They actually get some of their theology right; just enough to masquerade as sheep. But Christ cautions against these predators, “Beware of the false prophets, who come to you in sheep’s clothing, but inwardly are ravenous wolves” (Matthew 7:15).

And just like the Pharisees of old, they seek their own glory. As Philippians 3:19 puts it, they seek to fill their own appetites. They have passion and determination. They excel to great heights in the promotion of their own religiosity. However, they are not followers of Christ, and where their words take purchase in the hearts of believers, they serve to the detriment of the Church.

So, I’m not sure if that sojourn was all that helpful, though in the end, it’s not about Pharisees, it is about those who have trusted in Christ for salvation, and those who are still lost. You and I are no better than the vilest offender, and we are no worse. In that respect, we have all been a Pharisee at one point or another in our journey.

People are people. All are depraved and cursed by the Law (sin)…Some, by God’s grace, are touched by the His Spirit, bow the knee to Him, and have a renewed relationship with their Creator.

God still saves; every once in a while, He even saves a Pharisee, like you, or me.