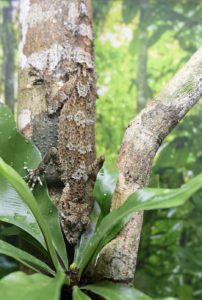 A visit to the Kruger National Park in South Africa is anything but normal. What a treat it is to observe God’s handiwork across the spectrum of creativity–flora and fauna, wildlife of every conceivable nature. Yes, the magnificent beasts dot the landscape in abundance, however, a person can drive for miles without capturing a single image of a larger animal, but one would be mistaken to think that life is absent underneath that dense blanket of serenity. You see, life in the under-layer is being played out in huge order: eating, hunting, being hunted, sleeping, grooming, and otherwise is taking place around the clock. The quest for survival, searching for a meal, or successfully avoiding being a meal, is often the drama covertly unfolding beneath the surface. Oftentimes the hunter can become the hunted in the blink of an eye.

For people, camouflage is something which you put on to make it look like you belong somewhere–when you don’t; it allows you to be somewhere you normally are not so that you can remain undetected. In the Kruger, camouflage allows something to “disappear” for strategic positioning, allowing one the element of surprise, or the ability to remain unnoticed.

Looking at the many watering holes one can see the many “rocks” and “logs” that seem to be cresting above the waters. But, those would be poor assessments of the territory. “Oh, look there is a bunch of logs floating toward the gathering of zebras on the shore.” Those floating logs are likely hungry crocodiles patiently positioning for a meal. Those scenes take place all too often in the Kruger.

Camouflage doesn’t just take place in nature, or in the wilds of Africa; as we see in the Book of Jude, it happens within the walls of the Church as well. Jude 4 describes the condition like this: “For certain persons have crept in unnoticed, those who were long beforehand marked out for this condemnation, ungodly persons who turn the grace of our God into licentiousness and deny our only Master and Lord, Jesus Christ.”

These people appear to belong, maybe they even look like the rest of the sheep in the flock, they blend in, they are covert but with a very clear agenda.  In reality, they have snuck into the fold with a marked objective to bend doctrine, to deny grace, and subvert the authority of Jesus Christ in our lives.

Jude makes it clear they’re going to be severely punished in due course, but in the meantime their purpose is to mislead the flock, to compromise doctrine. At the core, these people live to serve their own desires. Paul tells us that they exist “whose end is destruction, whose god is their appetite, and whose glory is in their shame, who set their minds on earthly things” (Philippians 3:19). Their “glory” is their ability to mislead the sheep.

They promote their own brand of freedom to sin; not freedom from sin. They also deny submission to Christ as Lord, maybe not in the exact words they use, but in their actions.

These “logs” have floated to the church, the seminaries, and what I have observed most of late, they have drifted to the sheep in written forms: blogs, articles, and books. Oftentimes they have new, or novel theologies to promote. Inappropriate doctrines to tickle the ears and clutter the soul. Fad teachings and novel movements to mislead the saints. What do these people look like? They run parallel with the church but they are above accountability. And yes, they divide.

They are very real. They have names. Faces. “Ministries”. And they seamlessly “blend in” to the mosaic of true believers. At times, in an attempt to assure the cautious, they announce themselves as “evangelicals” or “Christians” as if to communicate, “I know these things sound unusual, but I am still one of you.”

Here is the take-a-way: we as Christians have become less than discerning; we need to raise the bar. If I could scream these words on paper I would, “Beloved, do not believe every spirit, but test the spirits to see whether they are from God because many false prophets have gone out into the world” (1 John 4:1).

The previous verse in Jude is a weighty exhortation to the church, “contend earnestly for the faith which was once for all handed down to the saints” (Jude 3). Jude reminds us that we are engaged in war, and in order to win we are called to battle. The fight is on to retain truth in the church.

It’s nothing new, they are at the gates and on our doorsteps. The battle is real. The costs are great. The goal is clear–to pull us under. And yet, God is indeed with us!

Let’s not help them out. Back up!