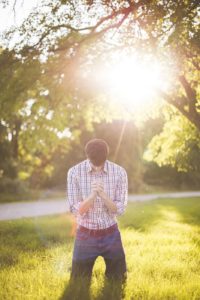 Jesus is an absolute master of “Virtual Flannel Boards.” You remember those, perhaps from your childhood Sunday school classes. Flannel boards were those instructional visual aids to help in the telling of a story. With the props, and scenes, and figures, and such, they helped us grasp the Biblical narrative. Christ had the amazing ability to describe these “flannel boards” as though they were hovering in midair for all the people to see. It was in part this great skill which so allowed Him to effectively communicate powerful truths. I am sure the crowds could visualize the pictures which Christ presented. In so doing, these parables of Christ struck quickly, and they struck at the hearts of those listening.

In the midst of the hustle and bustle of first-century life, in the sweltering sun, with children cavorting, and people who were hungry, Christ was able in His marvelous economy with words to capture the minds of those in the crowds. It was sheer artistry.

In His parables, Christ has a way of separating the wheat from the chaff, the right from the wrong, the sacred from the profane. In His many lessons, He polarizes people into two very distinct categories, for the sake of making His point. The good, the bad. The saved, those not. The wheat, the weeds. Those thankful, and those not.

One such parable was communicated to the religious elite of the time, a group which had elevated themselves to an unmerited level. We find the account in Luke, chapter 18:9-14.

“9And He also told this parable to some people who trusted in themselves that they were righteous, and viewed others with contempt: 10‘Two men went up into the temple to pray, one a Pharisee and the other a tax collector.11The Pharisee stood and was praying this to himself: “God, I thank You that I am not like other people: swindlers, unjust, adulterers, or even like this tax collector.12I fast twice a week; I pay tithes of all that I get.”13‘But the tax collector, standing some distance away, was even unwilling to lift up his eyes to heaven, but was beating his breast, saying, “God, be merciful to me, the sinner!”14‘I tell you, this man went to his house justified rather than the other; for everyone who exalts himself will be humbled, but he who humbles himself will be exalted.’”

The Pharisee has many positive qualities; he is religious, dedicated and spiritual. He fasts, and tithes, but he also feeds on his own virtues; his is a sin of self-glorification. First of all, notice that he is praying to himself; it seems he never even invites God into the equation of his life. One by one, he cites his merits; he is pleased to be himself! It is as though he awaits applause from God.

The tax collector holds quite a different posture. He remains “some distance away,” could not even look up, and was remorseful. It is a right heart who humbles himself before God, contemplates who He is, who we are before Him, and what He has done to allow us to bow before Him.

Only after the man rightly identifies the righteous God, and then comprehends his own depravity does he utter the words of petition. Words which identify the Sovereign addressed, the confessor, and the appeal of mercy desired. Of all the words of his heart, the man found these, “God, be merciful to me, the sinner!”

Did the Pharisees listening to Jesus comprehend the indictment of Christ? Did they feel the sting? I doubt it. But, I hope that we do.

How often do we fail to do this as we approach the throne of grace? And yet, how essential it is to rightly understand our fate, absent His mercy? Though we have been forgiven, isn’t this a posture we should rightly hold?

Who we are? A sinner.
Who He is? The merciful God.
And what He did for me? Extend to me mercy.

Thank You, Lord for your mercy!