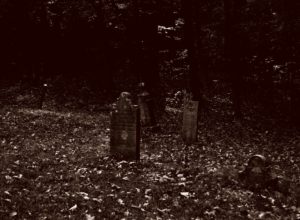 On a gravesite in Hatfield, Hampshire County, Massachusetts, there rests a headstone; upon it is written:

“Here lies as silent clay Miss Arabella Young,
Who on the 21st of May First began to hold her tongue.”

Such an interesting epitaph to launch her into eternity. And I wonder, were those words conscripted by her, or by her family or friends? How did she wrestle with a loose tongue? Was she such a bane to her friends and family that they were somewhat relieved to be done with her? What despair she must have brought to a gathering. How must people have looked upon her at the end of the street, and grieved as she approached? Did folks choose another course in order to avoid her blunt force trauma?

It seems clear that one of the greatest challenges in the life of Arabella Young, was a weakness of self-control; a weakness that was only able to be overcome by death. Such a sad legacy, yet, hers was a common state, and still is to date.

James addresses this in his book: the difficult nemesis of the tongue. As he wrote the words, “no one can tame the tongue,” it is likely he had no idea how clearly he would describe the caustic verbal climate of the 21st Century. Our political arena, social media, entertainment – all are unrestrained, and unfiltered, and toxic. It is sad to say oftentimes that toxin has reached the pulpits, and the church as well. It is sad, and a poor witness.

James writes, “But no one can tame the tongue; it isa restless evil and full of deadly poison. With it we bless our Lord and Father, and with it we curse men, who have been made in the likeness of God; from the same mouth come both blessing and cursing. My brethren, these things ought not to be this way. Does a fountain send out from the same opening both fresh and bitter water? Can a fig tree, my brethren, produce olives, or a vine produce figs? Nor can salt water produce fresh” (James 3:8-9).

What a beautiful construct the tongue is. A mass of muscle uniquely designed to foster understanding and communication. Earlier in that passage, James affirms the ability of mankind to conquer and subdue other species, but there is no such victory over the tongue. Rather, the tongue is capable of schizophrenia, pouring out all sorts of contrary messages. As it turns out the problem is one of a deeper nature; about 12 inches deeper, centered in the heart.

Jesus has described that the tongue is such a carrier of this because it delivers to the world, a poor inventory of a darkened heart.  The tongue acts as a courier to retrieve the evil from the heart and spew it through the lips. Matthew 15:18-19, “But the things that proceed out of the mouth come from the heart, and those defile the man. For out of the heart come evil thoughts, murders, adulteries, fornications, thefts, false witness, slanders.”

James says in 1:26, “If anyone thinks himself to be religious, and yet does not bridle his tongue but deceives his own heart, this man’s religion is worthless.”

In the shadow of the Royal Law to love your neighbor as yourself, James communicates that we love our neighbor in part through our words.

Is your religion worthless, or are you genuinely loving your neighbor, your brother or sister as yourself?

What was the state of Arabella’s heart? My guess is that she was not a happy person; with others or even with herself. And so, she was compelled to berate.

I know people who, like Arabella, apparently feel that every thought that streams through their mind needs to be downloaded to the world. They can not stop it. They cannot control their tongue. Their hearts are evil.

The truth is; we all have the choice to hit the “edit” button, or let it rip. We as Christians, I believe, can only succeed as we submit to the Holy Spirit. Implied conclusion, those who indiscriminately slander, gossip, lie, berate, brag, etc, are not walking in the Spirit.

That begs the question, “Is the Spirit truly present in that person’s life?”

Will it take the fate of death, to deliver us from this restless evil within us?

Or, will we submit to God’s gracious Spirit?