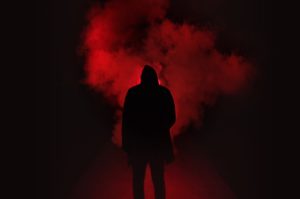 Blaise Pascal, the famous French theologian and philosopher,  had an adage: “Men never do evil so completely and cheerfully as when they do it from religious conviction.” 300-plus years removed from the quote, I am not certain to what degree he was speaking, but I would still affirm this statement. How often I have seen this played out in the arena of faith! How often have I witnessed evil couched in the raiment of a Pharisee!

Evil is alive and well under the auspices of “Religious Conviction.” Sadly, I must say, though it is not every day I sense myself slogging through the mire of such human depravity when I have it has often been a little more closely connected to the confines of “the church,” rather than the wallowings of secular environs. Several times I have found myself the target of malevolence cloaked in the auspices of religious piety. People in whom I had trusted. Relied upon. Invested in. And loved.

Once such time I found myself sitting across a table, staring into the yawning abyss of Genesis 3 (“And she took of it and ate, …); I could not believe my ears. The fabrications being expressed were indeed lies, “from Hell,” from the Devil, or maybe just from carnal nature. And they were conveniently packaged to promote his own holiness. My heart began to race, and I began to visibly shake. I thought to myself, how could I have fallen for this person?

It obviously had me questioning my own theology. Was he an unbeliever? Or was he, as a believer, able to transmit that level of spiritual darkness? How was he even able to do that?! Was he so spiritually blind that he could not see the truth? Was he willfully acting as a conduit to this level of deceit? It was a rare time that I felt I was staring “demons in the face.”

I’m not referencing the kind of evil done by wicked people in the dark ages; I am not speaking about heinous atrocities done in any world wars; I am talking about people within the walls of the church today, who profess Christ, yet still champion evil… all in the guise of holiness.

Years ago, I would have told you that a follower of Christ had less evil than an unregenerate person. I would have said that as a result of being saved, and having the Holy Spirit inside of them they had “less evil.” Don’t ask me why I thought that; I know better. Again, that was years ago; I know better now. Still, the entire experience left me shaking my head.

Yet, as I look back, I have to ask the question, “Why should this surprise me?” In Romans 7 Paul describes the agonizing reality of the flesh, continuing to house evil, even subsequent to saving faith.

At the core of his being, evil is pulsating through him. In his flesh, there is a full-fledge war exploding within him – the struggle between the spirit and his flesh.

I hope you caught that…Paul is saying he was “sold into bondage to sin.” He was “handed” a defective DNA, a spiritual DNA which traced all the way back to the Garden, to Adam. As a result, the flesh, his flesh, was at war with his desire to do good. Sin, evil, was the rudder to disobedience. He continues:

“I find then the principle that evil is present in me, the one who wants to do good. For I joyfully concur with the law of God in the inner man, but I see a different law in the members of my body, waging war against the law of my mind and making me a prisoner of the law of sin which is in my members. Wretched man that I am! Who will set me free from the body of this death? Thanks be to God through Jesus Christ our Lord! So then, on the one hand I myself with my mind am serving the law of God, but on the other, with my flesh the law of sin” (Romans 7:21-25).

Paul reduces the complexities of original sin down to a principle: Evil is within him. Pulling him to disobey the will of God. Pulling him to obey the law of the flesh. Though his mind celebrates law of God, the members of his flesh so often win the battle. The only answer to this dilemma is Jesus Christ!

So, the answer to the question, “How can we, as Christians spew so much evil?” is, “because we want to”; our flesh wants to, and it does whatever it needs to in order to convince our wills to succumb. People. All people. Christian people are indeed capable of all degrees of evil. Original sin is far from vanquished.

Our sin-encrusted hearts mean that given the right circumstances, we are all capable of doing some pretty dark things. Sin has pervaded every agency of our beings. The heart has been affected to the deepest level. The jaws of evil are always lurking just beneath the surface of our purported piety.

But, wait a minute. I thought that we were made in the image of God – the imago dei! True enough, and although we have not fully lost that uniqueness that differentiates us from the rest of God’s created order, in our present state that image has been tainted.

The evil itself is far from dead, but God has made a way to be delivered from the consequences of sin – submission to the will of God.

Christ died for the ultimate redemption of our souls. His blood flowed to deliver us from the severe eternal consequences of sin. His death did not take away the sinful nature to rebel and do evil, but we have a choice in the matter. He did give us the Holy Spirit in order that we could have wisdom, and be victorious. But as Paul said, it is not going to be easy.

For the record…Yes, I do realize that there is no less evil in me either. But, I have been set free. I have the choice through Jesus Christ our Lord to make the right choices every single day. As do we all. And it’s going to be this way until our day of glory, when God takes us home.

Fortunately, Paul communicates in Romans 8:1 that we who are in Christ Jesus are no longer under condemnation. That doesn’t mean that we can abuse grace, and sin freely. In fact, if we were to do that, we would be well advised to check ourselves to make sure we are even in the faith.

But, we have a choice. We have been set free…God, please help us!… Let integrity and uprightness preserve us, as we wait for the Lord to come.