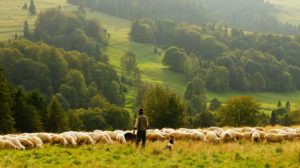 Shepherds come and shepherds go. Some are around for a few years and some have the privilege of serving in a single congregation for the duration of their ministry. Some just simply move along but, inevitably the need to call the next shepherd comes around.

I remember as a young boy watching an associate pastor at a reception. He was going off into lands unknown to serve the Lord. I used to think that the local church should be static. Why are we letting this person go? If he is so good, let’s keep him. But the Body, and the work of the Body is anything but static. Just like Paul who served in Ephesus for a time, and then, it was time to go. Another shepherd was needed. And so, it goes.

The next shepherd may be in the fields, like David tending to his father’s sheep. Or in “Midian” waiting for the call to serve. In other words, in seminary, across town, or across the country serving another flock.

One of the most daunting challenges in the context of a church is identifying and hiring the person which is to be the next pastor of that flock. I suppose one of the things that confounds me most is the end product of some churches. Generally, I would suspect that when a pastoral search committee initiates the process, they have decided that they want someone to tend, and feed the sheep; they are looking for a shepherd.

The process begins. Profiles. Analyses. Interviews. Sermon reviews, etc. The desire is to find the best person for the job. The temptation arises to find the “best possible” candidate. I suppose a measure of grace is to be given, as we all would want to be successful in targeting the right guy. But. Sometimes those lenses of shepherd get a little foggy and the person we end up looking at may not quite fall into that shepherd classification. They end up with an “anything-but-a shepherd” in the role of shepherd–likely courting potential frustration for all.

This guy may have excelled in one of many fields. He may evidence leadership abilities beyond measure. He may be beyond charismatic, successful, but the question according to our own job description needs to be asked. Yes…but, is he a shepherd?

Keep in mind. A shepherd is a shepherd. One gifted in, and called to work with, and care for…sheep. A cattleman certainly would not do. Or, a corn farmer. But a shepherd would. I am making a simple point, and an exhortation to remember the main requirement of the position to be filled.

What intrigues me is that sometimes churches insist it is time to get a new shepherd, and the person they eventually end up hiring is anything but a shepherd. I intentionally am using the word shepherd as opposed to any other including the term leader, or leadership.

For starters, let me suggest that the term leadership is a pretty broad term encompassing many areas of government and oversight in general, including the secular world. It’s a pretty popular term being used to define church oversight in “churchdom” right now. My concern is that such a term can diminish or even obscure the spiritual component, or the servitude component of pastoral oversight. Leadership is a wide-spectrum umbrella, but much more parochial and relevant, at least for me, is shepherd, as we move and minister in the arena of Christian faith. Consequently, we do not get the full scope of true spiritual pastoral service when we limit it to a leadership paradigm or modern secular mechanics. Whereas leadership is primarily focused on getting people to do things, and perform in right ways, shepherding is at the heart encouraging people to be, or to become more and more conformed to the image of Christ (transformation) as a part of discipleship. So, if I may, allow me to address “leadership” in the understanding of shepherding.

We can construct a pretty good fabric of the theology of shepherding from the woolen thread woven throughout the pages of the Scripture. Ephesians 4 identifies four offices/gifts used in the building up of the body: Apostles (church-planters and missionaries), Prophets (preachers), Evangelists, and Pastor/Teachers (Shepherd-ers, disciplers). Shepherd/Teachers are one of the agencies, or offices which God employs to grow the church both in numbers and maturity. These four are on the same level, different, but all corporately serve to mature the body of Christ. The question facing Shepherds is, “How do we do that?” What is it we do when we are doing what shepherds should be doing?

So, from a biblical perspective I would define Shepherd as: One who has the privileged call to walk along side, to build up the flock in their journey of Christian faith.

The office of Shepherd is a hands-on vocation, getting in the sheepfold where they smell like sheep. Walking with, talking to, rubbing, touching, caring…investment.  Could that be why we as the church are losing traction with our culture, because we are embracing a secular, rather than biblical model? (I ask this in all humility as I struggle daily to execute my office faithfully). Not meaning to throw any stones, but are the people filling so many of the shepherd roles in the church actually the right person to have in that position, if a shepherd is truly a shepherd.

Congregants are not simply components of a church equation, they are people whom God has placed under our care, custody and authority – to love, nurture, and grow into the image of Christ. I think of a shepherd dog, Lydia, here in Bishop. As a shepherding dog with shepherding in her DNA, and being around livestock it was her routine to surround and motivate all able parties in her scope of influence to move toward the shepherd of the home, my friend Laura. As Laura would walk, or even when she sat Lydia herded chickens, pheasants, cattle, other dogs and yes, even toddlers closer and closer to her master. I remember she even tried to herd me closer to Laura. That was her task, and she took it seriously. Half of the time, I don’t think all those creatures even realized she was very intentional to bring everything around closer to the shepherd of the home, but she did.  I have been reminded of that commission more than once, that it is my privilege as under-shepherd to move God’s sheep, a little closer to the Chief Shepherd.

Pretty much, in the Bible, when God was looking for someone to be a shepherd to his people, He called a shepherd.

So, point Number 1, and it is a big one…If you need someone to do the work of a shepherd, hire a shepherd!

If someone is put into the shepherd role who is anyone but a shepherd, we cannot be surprised or disappointed with the outcome. People are gifted in many ways with many gifts. The Lord uses many for the building up of the Body, but if a shepherd is required for the position – then get a shepherd…because…a shepherd shepherds.