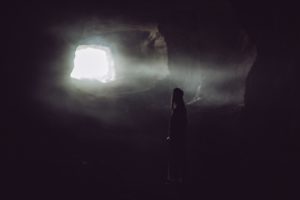 Humankind is the pinnacle of God’s creation masterpiece, yet we are a fallen race. In light of the Scriptures, mankind is able to understand his sin and thus, the need for a Savior. Mankind was created in the image of God (Genesis 1:26-27; 1 Corinthians 11:7) though not in a physical sense as God is Spirit (John 4:24). This means that we are made in the image of the Trinity (Genesis 1:26); we are relational, rational (having the ability to choose), moral, loving and capable of a vast diversity of feelings (emotional).

In the beginning God had made it clear to Adam just what the parameters of obedience were. Genesis 2:16 reveals that, God had given all things to Adam to enjoy with the exception of the Tree of the Knowledge of Good and Evil. Adam’s nature had included the ability to choose whether or not to obey the word of the Lord. The Lord assured Adam that, “the day that you eat of the fruit, you shall surely die” (Genesis 2:17). Unfortunately, he chose to rebel, to be disobedient and follow after his own desires. As a result of this moral evil, death was introduced to the human race (Romans 5:12). In addition, the punishment included the issuance of some forms of natural evil in that thorns and thistles were made a part of Adam’s world, nature would at times be the enemy of man (Genesis 3:17-19). As a consequence to Adam’s sin, the rest of mankind is left to deal with bodily deterioration and death, and also the natural external evils such as famine, earthquakes, storms, plagues and thorns, as well as spiritual death, or separation from God.

When presented with the opportunity to disobey God’s command, the free will that the Lord had given allowed Adam the freedom to choose sin (Genesis 3:1-6). The ensuing depravity is spelled out with the corresponding solution to eternal separation from God (Genesis 3:15; Romans 5:15). As a result, we find ourselves in the possession of a contaminated “gene pool,” under total depravity, separation from God, and physical death as a consequence (Romans 5:12). Our lot was identified in Genesis 6:5, “and that every intent of the thoughts of his heart was only evil continually.”

Before the fall, Adam had never known the experience of disobedience, nor the consequences, but something had caused him to cross the line. After all, what was the threat of death to a man who had never seen it? Apparently, this man had never suffered any punishment of any kind. Satan had enticed Eve to seek to become like God; he had challenged the authority and veracity of God’s words (Genesis 3:4-5). As all of mankind has emanated from the loins of Adam and Eve, we bear the penalty of that sin. Romans 5:12 confirms that, “through one man, sin entered into the world,” and ever since, every person in the history of mankind suffers the burden of that penalty, except Christ. Sin spread like a wildfire through all of mankind (Genesis 6:5). In Romans 5, Paul does not seem to be referring to actual sins committed on a daily basis by men, but the sin, or guilt that has been inherited by mankind because of the sin of Adam. This guilt of Adam was assigned, or imputed to us. It is original sin in that it originated from Adam, and we are born with it; even those who are unborn are laden with original sin (Psalm 51:5). Some may contest this imputation of sin upon us, and object that it is unfair for all of mankind to bear the guilt of one man. But even from birth, we have found ourselves efficient sinners, and therefore able to perform sins leading to death, in and of our own accord (Romans 7:14-25). These sins which we commit reveal our fallen nature. Perhaps, the best response to this is the argument that, through one man also, we are saved, as the righteousness of Christ is imputed to us as well if we believe on Him (Romans 5:15-17).

Adam was lost on the temporal fruit of the moment (James 1:14-15). It is not likely that he was concerned about damning the rest of humanity with the burden of sin nor its consequences; however, he definitely did not have his heart set on eternity. Much of this carries over today, as individuals gravitate toward fulfilling their own self-interests, even in the midst of plenty, they will seek out and protect their own interests first, while moral and reasonable rationalizations fall by the wayside. Yet, self-interest serves to put ourselves before others including God even when we suspect that it is leading to self-destruction. In light of this, all sin is illogical and irrational. How could Satan have expected to exalt himself above God (Ezekiel 28; Isaiah 14)? Why should Adam have felt he was lacking anything? They were foolish choices. The only explanation that we have when we sin is that we are illogically yielding to our own selfish desires (Romans 7:13-21). We are electing to place ourselves in a position of primacy above God. Consequently, we are choosing to separate ourselves from the will of God (James 4:4). When we are separated, we are not abiding in Christ. To the extent that we do not abide in Him, we lessen the degree of fruit that we produce (John 15:4).

Adam was enticed by the enemy (Genesis 3:1-7). He did not have to fight against his old sinful nature. He had free will to choose, but the opposing force was definitely the enemy. Ever since that first sin, mankind has been battling the enemy andthe old nature, or original sin. James 1:14-15 reminds us that we sin when we are carried away by our own lust. Just as with Adam we do have the option to say, “No!” and God will allow us a way out (1 Corinthians 10:13). Adam let that lust for the fruit of the tree get a foothold and he finally succumbed to the temptation. It is likely that we are able to sin with greater ease now that we are innately filled with moral evil (Romans 7:21). As a result, we have the guilt, or “original sin” from Adam’s sin, and the predisposition to sin more easily due to the presence of our own sinful nature. We do, however, have the benefit of the Holy Spirit to strengthen us and direct us away from temptation (Galatians 5:16-25).

As a result of this depravity mankind is indeed separated from God, fellowship has been interrupted. Death, including both physical and an eternity of separation awaits those who do not experience a life saving relationship with their Creator. Throughout the Old Testament, sacrifice was the model presented that produced a substitutionary atonement, which covered sin and allowed a holy God to commune with His people (Leviticus 8). Subsequently, Christ became the sacrifice that not merely covered our sins, but took them away completely (John 1:29) for those who have truly followed Him and kept His commandments (John 14:21). We are justified, or rescued, and seen as completely righteous in the eyes of God (Romans 5:1, 2, 10; Colossians 1:20). We have been reconciled to our righteous Creator, and are in the process of being transformed (renewed) into the likeness of Christ (Romans 8:29; 2 Corinthians 3:18; Ephesians 4:24;Colossians 3:10).