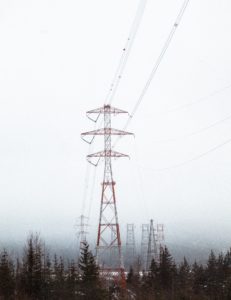 Many of us are familiar with some form of the child-hood rhyme: “Liar, Liar, Pants on Fire!” The complete version I learned was, “Liar, Liar, pants on fire, nose as long as a telephone wire!”

Though there are several iterations, and there are multiple “explanations” as to what this really means, it does seem to be universally accepted as a taunting indictment, which is cast toward someone who has been caught in a lie. It would appear that the garment on fire is a judgment of sorts, and the elongated nose even a reference to Pinocchio’s nose when he lied.

My mind wonders how interesting it would be if all such vile actions were revealed and judged this way. Hmmm? Self-igniting attire? And incriminating bodily contortions?…Wouldn’t it be convenient if other pieces of apparel spontaneously combusted so as to judge the inappropriate presence of gossip, slander, or wickedness? What if flapping ears, bubbling lips, and twisting eye-lids heralded that something was awry?

Yet, were that true, we would likely all be a poorly dressed, and distorted lot.

The eyes, the tongue, the hands, the heart, the feet, the false witness, and the one who fosters dissention; these actions of such are abominable to the Lord. Abominable: detestable, repulsive!

Now, I’d like to think that these behaviors were relegated to the unbelieving of a depraved society, but to my chagrin, I have witnessed these abundantly within the walls of the Church. And yet, if they are so repulsive to the Lord, then why on Earth do we so readily embrace them? Oh, the evil that lurks in the darkness of every human soul!

Obviously, we are steeped in our sinful nature, so perhaps we do it simply because we can “get away with it”, or perhaps because we are not immediately judged for such conduct. My guess though is, that we comfortably engage in such atrocities after we have sufficiently “sanctified” them. After we have justified this behavior in our minds as being “necessary” then we are free (in our own minds) to do that which is expressly forbidden or despised of God. Actually, I think we do this with most sin.

“It’s for the greater good.” “It’s only because I am concerned.” “I only say this because I am hurt.” As though any of these conveniences of conscience would absolve one from guilt.

Well…it doesn’t appear that tormenting clothing and telling physical anomalies will be coming anytime soon to help us discern the spiritual integrity of others. But I would suggest that Proverbs cautions us to be on the alert, and to scrutinize our own actions. Though our bodies may not indict us, nor our clothing adjudicate us, God knows the heart of man; He knows what is done in the shadows, and He knows when we are doing wrong – at some point there will be a reckoning.

Neither asbestos threads, nor plastic surgery will be of any value; the answer is internal. “But the things that proceed out of the mouth come from the heart, and those defile the man” (Matthew 15:18). So, the answer lies in the heart; but it needs to be a heart of right character; a heart that is fostered in step with the will of God. They can be little factories of sin, or they can be measures of glory to honor our Father in heaven. Of utmost importance then is the stewardship, the protection of a right heart.

“Watch over your heart with all diligence, For from it flow the springs of life” (Proverbs 4:23).

“For the eyes of the Lord move to and fro throughout the earth that He may strongly support those whose heart is completely His” (2 Chronicles 16:9).

And may our hearts be truly, completely Yours!