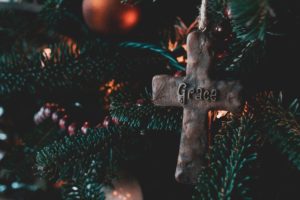 Even in the “on demand” society in which we live, most of us understand that there is a protocol to the acquisition of our desires. We do not visit a store and simply take what we want; we realize there is a need abide by socially acceptable norms. We need to pay for it. At times we may be the recipients of items for which we have not been required to pay – those are called gifts. And even in those cases we don’t determine when we take ownership of them, we must wait for the giver to make that decision. We all “get that.” We understand that in the realm of the world, but we have difficulty at times grasping that in the context of God’s economy.

How many of us are willing to run to our favorite sin knowing full well it is offensive to God, yet expecting to be completely forgiven of it by playing the grace card? “It doesn’t really matter that much, cause I am saved. Christ paid for that sin.” I think we all do that to some degree whether or not we see it in our own lives. And though it is true that the blood of Christ paid for our sins, should we be so presumptuous, so careless as to toss grace around like a borrowed credit card?  … If we are so quick to do that, what does that say about our hearts?

Paul addresses this in his letter to the Romans. He says in 6:12-15,   “Therefore do not let sin reign in your mortal body so that you obey its lusts, and do not go on presenting the members of your body to sin as instruments of unrighteousness; but present yourselves to God as those alive from the dead, and your members as instruments of righteousness to God. For sin shall not be master over you, for you are not under law but under grace.  What then? Shall we sin because we are not under law but under grace? May it never be!”

Paul issues a command to forsake those sins to which we had been enslaved. Our new life in Christ should be characterized by a changed life! His final question and response makes it clear that we are not to play so casually the grace card.

“If I am saved, then what’s the big deal?” Well, the deal is that sins, forgiven or not, repented of or not, have their consequences. They may not be of an eternal nature, but they do have consequences, nonetheless. Additionally, and of greater import is that sins are offensive to God, and that should matter to us.

The writer of Hebrews says those who have tasted of the knowledge of truth and go on sinning have no other sacrifice for sins and a certain consequence awaits that person. For those who know better, and still choose to sin. Look out! Hebrews 10:29 cautions “How much severer punishment do you think he will deserve who has trampled under foot the Son of God, and has regarded as unclean the blood of the covenant by which he was sanctified, and has insulted the Spirit of grace?”

Those are pretty sobering words. When we choose to willfully sin knowing full well we are going against the will of God, we despise the Son of God and His blood. We offend the Spirit of grace. I am sure you would agree that that is not something which we should choose to do.

God gave us grace as a gift, not as a license to sin.

Grace is received, not taken.

Grace is humbly accepted, not stolen from the Giver.

Receive it graciously. Thank God for His gift and do well with it!