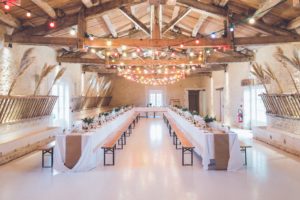 I love the Evangelical tribe. They speak my language, they have a high view of Scripture, they embrace the same high ideals of theology-they are my home team! We have made many strides in the last several centuries, and in spite of the present “tension” notwithstanding, concerning the true meaning of the word “evangelical” we are in good shape as we look toward the future (IMHO).

Here’s the thing though, it seems now as though everybody wants a place at the Evangelical table. The problem is, those of us at the evangelical table so often kick out a chair and say, “come on, let’s talk about those things that we have in common. Let’s talk about the unity that we do have”– Kumbayah, and all. People sit down at the table and say, “We are Christians, just like you!” And when we allow them a place at the table, when we allow them to think they truly have a permanent place at the table, we do so at the expense of the Gospel, the integrity of the Gospel. We ought not do that; after all, it’s a narrow, not a wide road.

We have seen a movement in the last several years, various “churches“ scrambling to modify, or re-define their doctrine in order to make it more palatable, and to assert that they are true “Christians.” Historic terms and monikers have been jettisoned in order that the evangelical tribe (and the culture) would embrace what has been historically held at bay. To my dismay, they do seem to be gaining some ground; that which has been held to be incompatible with orthodoxy is being embraced at an alarming rate, or minimally given consideration as a valid option. Can you say Trojan horse?

And so, they rework their terminology, not their doctrine, in order that they would be a little more user-friendly, a little more included, and a little more inclusive. What we have as sentinels that differentiates us from the rest of the clans is the true Gospel, the narrow gate, which is salvation through faith in Christ alone. No amount of massaging false doctrine will make it any the more effective to redeem a soul–it will still be a cult.

And they seek validation in all venues of true Christianity.

A cult is something that compromises the person, or the work of Jesus Christ. A cult introduces and promotes ideas which attack, or seek to alter the person, or work of Christ. A cult assaults orthodoxy. Evangelicals have been entrusted as stewards of this Gospel, to be the pillar of faith which both supports it, and promotes it, as the one true way to restored relationship with God.

I don’t want to be branded as some hard-core right-wing radical separatist, but if that need be then so be it, if that’s what it takes to remain faithful to the Gospel. In fact, there are some “evangelicals” that, (it turns out), shouldn’t be at the table either. Seems like every other month another notable leader is rejecting a core tenet of evangelicalism, whether it’s the Old Testament significance, or the eternality of Hell, exclusivity of Christ, foreknowledge of God, promoting creation as myth, or endorsing the heresy of universalism.

We should never be willing to surrender truth in an effort to gain unity; we can not!

The table in Heaven will be much more exclusive. Only those whose names are written in the book of life will be there, only those with robes cleansed in the blood of Christ.

I am reminded of the parable of the wedding feast in Matthew chapter 22. The preparations are made, the invitations go out, and the hall begins to fill. “But when the king came in to look over the dinner guests, he saw a man there who was not dressed in wedding clothes, and he said to him, ‘Friend, how did you come in here without wedding clothes?’ And the man was speechless. Then the king said to the servants, ‘Bind him hand and foot, and throw him into the outer darkness; in that place there will be weeping and gnashing of teeth.’ For many are called, but few are chosen.”

My concern in permitting all to occupy a chair at the table is that in so doing we may fail to present the one and only way to God. We may fail to communicate that to our friends who are lost, and we may fail, or we may compromise our own beliefs in the Gospel, thus losing our foothold on the Truth. Minimally, we communicate, perhaps to them, and perhaps to the world, that they actually enjoy a seat at the eternal table of Christ. As the parable communicates; the man was speechless. He had nothing to say in his own defense to the Host of eternity.

Of all the intersections we may share, none would be so broad as to include eternal salvation. Any points of connection, or overlap may be just that, moral, economic, social, but they do not identify us as being in the same spiritual camp.

If we are so bold as to kick out a chair at the table, it is done as a sacred offer, it is part of an invitation already extended by the work of Christ. It demands a response. We desire them to be part of the flock, but they need to RSVP to the True Host of Heaven.

As Peter affirmed to the religiosity in Jerusalem: “He is the STONE WHICH WAS REJECTED by you, THE BUILDERS, but WHICH BECAME THE CHIEF CORNER stone. And there is salvation in no one else; for there is no other name under heaven that has been given among men by which we must be saved” (Acts 4:11-12).

Let’s be careful what we communicate, and what we fail to communicate; eternity is on the line.