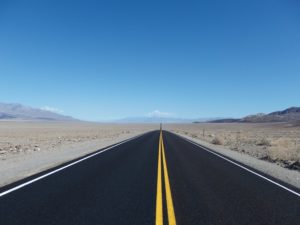 God has a way of doing things…perfectly. Everything God has done, is doing, and will do, is perfect. There have never been any misgivings in the mind of God, no second-guessing; God has never done anything which is contrary to the nature of God. God has always done everything in perfect accordance with His divine will– this is what I refer to as the Divine Straight

In technical terms this is known as orthodoxy. The word orthodox comes from two Greek words, ortho + doxa, meaning “right opinion” or “correct thinking.” In Christianity, it generally means adhering to the accepted or traditional historic Christian faith revealed in the Bible–Essentials of Christian faith, we might say. In the early years of the Church, councils helped to produce right thinking as they were challenged by heresies. Some of these affirmations of orthodoxy are incorporated in to the creeds and confessions. They struggled through texts of Scripture in order to rightly understand the Divine mind, and truth. Orthodoxy may be defined as the least common denominator which links like-minded individuals under the same banner of “Christian.”

Obviously, discerning the divine will of God in any given path is difficult, however, over the years we have generated a pretty healthy cache of theologies which are considered orthodox.

The big problem is, the Enemy doesn’t like the people of God being equipped with that kind of awareness, and so, orthodoxy is constantly under attack.

Paul adds a bit to that in the book of Acts, speaking to the elders of Ephesus. “I know that after my departure savage wolves will come in among you, not sparing the flock; and from among your own selves men will arise, speaking perverse things, to draw away the disciples after them” (Acts 20:30).

At the extreme cults are opposing the Divine Straight, and seek to make it crooked at every turn; we get that – those are the easy ones. However, also at the forefront are songwriters. Pundits of the airwaves. Rock Stars. Google, Apple, Amazon, Facebook, Twitter. The wisdom of the age, professing to be wise they have become fools. They encourage praying to a god that cannot hear. They are all are seeking to make the Divine Straight, crooked.

Any aberration introduced in order to make The Divine Straight, crooked, is considered a heresy; it is heterodoxical, meaning “another” way of understanding. It stands opposed to generally accepted orthodoxical thought. Paul, in Timothy, describes these as “Doctrines of Demons” (1 Timothy 4:10).

This is the world we live in today, and it was no less the case in the time of Timothy; there have always been those seeking to bend the Divine Straight. Can you say, “Garden of Eden”? But, blessings abound for those who choose to remain in the Divine Straight, the path of God. Beware that Satan is seeking to tickle your ears with some newfangled, hot-off-the-press tidbits of truth. All in an effort to get you away from walking the center of the Divine Straight.

The Writer of Proverbs says it well:

Let your eyes look directly ahead
And let your gaze be fixed straight in front of you.
Watch the path of your feet
And all your ways will be established.
Do not turn to the right nor to the left;
Turn your foot from evil (Proverbs 4:25-27).

We do best facing forward!