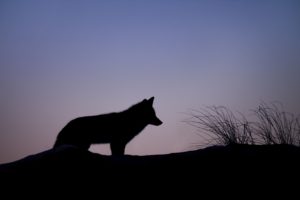 All in all, it had been a pretty good run, at least as far as church ministry goes. We had been at the church for around 6 years and had seen it grow considerably by God’s grace under our leadership. Good elders were in place, we had the children’s ministries flourishing. Discipleship groups happening, men’s group, women’s group, and a very healthy small group on Wednesday night. The church had been a “replant,” a rebooting so-to-speak of a church that had “exploded” under the previous pastor. True, we were a small church in a small town, but we had seen it grow from 10-15 all the way up to a Sunday average of 75.

Seemingly, out of nowhere, I began to be prompted to pray for protection. Protection? “But why Lord? We seem to be doing everything right,” I thought. But that prompting continued. So, I began to pray… for protection for our church “from the outside, from the inside, and from myself.”

Lo and behold there began a little unraveling along the edges of this little tapestry, from out of the middle of nowhere. We had been meeting in the “community center” enjoying the benefits of a great building, and supporting our county when we were abruptly given “60 days’ notice” by the management. Fair enough, we were used to moving; we had done it a number of times before, and each time had continued to grow in the process. So, okay, here we go again. And we landed safely in a new venue, or so I thought, when a few more threads began to fray.

Whoa! That’s not how it is supposed to work, is it? After all, we had been faithful. Yes, we had a few hiccups along the way, made a few mistakes, but overall, we were walking the straight and narrow. Still, after all, aren’t we, the faithful, supposed to be protected in the shadow of the Almighty?

Well, had I paid a little closer attention to the Biblical witness I would have remembered that where there is the work of the Lord, Satan will send a wolf.

Paul cautioned the Ephesian elders to:
“Be on guard for yourselves and for all the flock, among which the Holy Spirit has made you overseers, to shepherd the church of God which He purchased with His own blood. I know that after my departure savage wolves will come in among you, not sparing the flock” (Acts 20:28-29). That’s an ugly scene described, but it’s going to happen.

In the Garden, Satan came himself. In the desert, he had sent the Sons of Korah to impede Moses. In the desert, he came himself to tempt Jesus. In the midst of the work of Christ, he sent Judas. Paul had his Alexander to deal with. John had his Diotrephes. And so on… And so it was in the case of our little church, I look back and can clearly see multiple such wolves had been implanted into our little church to impede the work of the Lord. I am convinced it wasn’t that we were pleasing the Lord that protected us; it was the fact that we were pleasing the Lord that prompted the attack by Satan.

I failed to ask it at the time, but, the logical questions seem to have been, “Who are all these people?”, “Why would so many individuals be attracted to our little church?” and, “Why would these wolves be attracted to our little church?” Well, I think the answer to the first question is that people are curious. People of all sorts desired to check out the rumors of what going on at our church. Many were genuinely desiring to be part of a healthy fellowship. Well, the answer to the last question may be a little more sinister: pink meat with few bones, and relatively few defense mechanisms–makes for a feast. Metaphorically, it means Satan will have the opportunity to cause some major chaos. Jesus identifies the mission statement of evil–to steal, kill, and destroy. Even if it’s not a pack commissioned by Satan, it will be a wolf feeding its own appetite (Philippians 3:18).

Years later I believe that I see things a bit more clearly, and now I understand what had been going on right under my nose. Where the successful work of the Lord is, Satan will send a wolf; in our case, he sent a small pack!

They came in, almost imperceptibly, under the gate, through the fences, and over the walls. Over the next 6 months, the casualties mounted. I began to hear stories. People began to disappear. I began to scrutinize people a little more closely and began to notice that some of the laces on the sheep costumes had loosened a bit, revealing the alter ego within. Let’s just say that they came in all kinds of shapes and sizes, but they all “presented” as… sheep. Interestingly enough, there were many “species” of wolves which had been embedded into our church. Old and young. Male and Female. Academically bent, and not so much. Of a family persuasion, and not.  Various wolf costumes, the same motive, same result – confusion in the sheepfold.

They all did what wolves do; they sought to divide, devour, gossip, and slander–to destroy. And yet, hey, I had welcomed them, at least had the door open for them. After all, isn’t that what we do as we desire to grow the church? Don’t we throw our arms open wide and welcome people to use their gifts?

Well, the pushback came with the consequences of pain to our little flock, but we did make it through.

Over the years of pastoral ministry, I have become much more cautious and discerning of new people coming into the flock. I have to be careful to welcome them, and love on them, but “vetting” takes a bit longer now in our little sheepfold. And I continue to examine the many passages cautioning against such canines within the walls of the church. I also hope that I am becoming a little wiser as a shepherd.

We have long since seen, what we hope were the last of them to go, though there are some occasional ripples of disturbance in our small town. It has been several years and I suppose now that original prayer of protection which God placed in my heart was an alert of what was to come.

We are better off now enjoying fruits of ministry once again; worshipping God, loving people, building mature disciples, yes smaller, but healthier, and again, a little bit wiser now, knowing that as we continue to strive toward healthy ministry once again, that in kind, Satan will in time send another wolf… or two.

Hello, I want to thank you for your interest and support of TheShepherdsPen. In light of today’s political climate, and unstable social media, I would ask  you to consider subscribing (click here to go to the subscribing page) to the TheShepherdsPen.Com to insure we don’t lose touch. In doing so, normally, you could expect two emails a week from me, one on Saturday, and an “Echo” on Wednesday. I know you have all kinds of things flooding your email boxes, and your time is valuable, so I do thank you for walking a portion of the journey together.