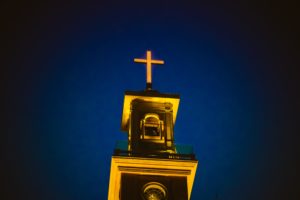 Resumes are a funny thing to use when we are seeking a job. Why? Well, when we are looking to be employed by someone, we do not stand up and announce any or all of our failures that would disqualify us from that particular line of employment. Rather, it seems to be a culturally acceptable practice to be only as transparent as you want to be, not that that makes it right. We seek to display all of the happy and successful achievements. We don’t announce that we lost a job due to incompetence, or that we only held a job for a week, or got fired. Nor, do we confess that we have had 39 such jobs. We seek to present ourselves in the best possible light, thus increasing our chances of getting the desired position.

One such individual who did not need to whitewash or embellish His resume was Jesus the Christ. He is the only such person who could achieve the accomplishments which He did. The only person who could actually perform the work demanded of Him, and He did so flawlessly.

Can you imagine that want ad placed by mankind? Wanted: Messiah. Someone in whom all the fullness of God dwells to rescue mankind from the overwhelming burden and effects of sin. Must be willing to take orders (obey from the Father). Be absolutely sinless, and, oh yeah, must be able to rise from the dead. Goal oriented in reconciling man to God. Please apply at planet earth, Calvary.

You certainly are not going to get too many people applying for that position. Obviously no one even could apply until the time of Christ.

But, Colossians 1:19-22 informs us,  “For in him all the fullness of God was pleased to dwell, and through him to reconcile to himself all things, whether on earth or in heaven, making peace by the blood of his cross. And you, who once were alienated and hostile in mind, doing evil deeds, he has now reconciled in his body of flesh by his death, in order to present you holy and blameless and above reproach before him.”

How about that? Only one applicant in all of history could fulfill all of the qualifications. He, and only He was equipped to meet the demands of the position. And His resume continued to grow, as He was obedient to do the will of the Father.

No one else in all of history can place those accomplishments on their resumen- only Jesus. And as a result He was promoted to the right hand of the Father where He continues to “work” on our behalf. Romans 8:34 says, … “Christ Jesus is He who died, yes, rather who was raised, who is at the right hand of God, who also intercedes for us.”

So if you are “interviewing” for someone to be the Lord of your life. Be smart. Find someone who can meet the stringent requirements of a true Savior. And trust me, you yourself certainly don’t meet those demands, neither does anybody else, nor any other gods.

Only Jesus the Christ.