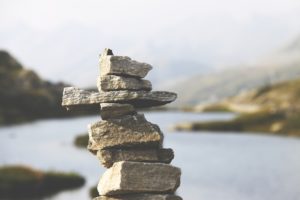 There is a particular topic going around these days that is drawing a lot of the air out of the room; it is the subject of monuments, statues, and memorials. We understand that they are all designed to commemorate something; sometimes the attention given to any such monument is due to the architecture, often times the attention is focused on what the monument represents. In any case they are intended to remember something one finds important, like points in history: events, accomplishments, or people.

There is a lot of tension right now as people debate, or even argue any given value of “offensive” statues, memorials, and monuments.  What one wants to remember, another desires to forget. What one applauds, the other jeers. What one celebrates, another mourns. Some find honor, some find offense. Some pride, some shame. Differing viewpoints, and differing perspectives. And as is becoming the case, those who jeer, end up tearing down the structure in revolt and anger. Unfortunately, it seems as though the same spirit that razes them may have been the same spirit which put them up to begin with. Simply put, some things do merit remembrance, others do not.

Later Joshua establishes a monument as well, in fact two of them as God had demonstrated His faithfulness to deliver His people into the Promised Land. In Joshua 4 while crossing the river, Joshua takes 12 stones from the riverbed to establish a memorial as the people enter into the Promised Land. As well, he erects a corresponding cairn in the center of the Jordan River – a perpetual reminder to subsequent generations of God’s faithfulness to bring His people across the river – to deliver them.

And may I suggest there is yet another memorial described in the pages of Scripture? May I also suggest it is a living memorial, one which eclipses all others?  One which was established on the body of Jesus Himself, in the hands, feet, and body of Christ.

We may not have thought about it those terms, but isn’t that what is going on? The resurrected and glorified body of Jesus is a monument to be an eternal reminder of the finished work of the Christ. As those very physical scars of Christ are visible now, so will they be for eternity. We will have the joy of viewing them forever as a reminder of how we were granted entrance into the kingdom of God.

In Luke 24:39 Christ reveals those perpetual monuments to God’s glory, “See My hands and My feet, that it is I Myself; touch Me and see, for a spirit does not have flesh and bones as you see that I have.”

In John 20:27, Jesus says to Thomas, “Reach here with your finger, and see My hands; and reach here your hand and put it into My side; and do not be unbelieving, but believing.”

Those marks will remain upon the resurrected glorified body as a permanent glorious reminder; they reveal that the price has been fully paid, and received, that we might be made right with God. The gospel is forever embodied in those marks of redemption.

God had a plan, He revealed Himself to man, He made a promise, and He delivered in Jesus Christ.