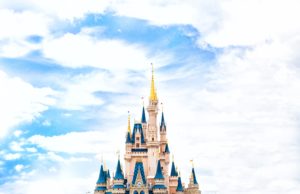 What is the deal with superlatives, they are slung around anymore like politicians promises; they have no meaning. “The Worlds Greatest Hamburger.” “The Best cup of Coffee.” “The #1 Realtor in Town.” How can so many people claim to have the best hamburger or coffee or to be # 1 in anything? How do we know the best hamburger is not in Hamburg, Germany? Did anybody check? How do we know the best coffee isn’t in Hot Coffee, Mississippi? (Yep, there is such a place, Zip 39428). And I have dealt with two #1 realtors in trying to sell my house, yet neither has brought me an offer. Somehow, I question the veracity of those claims of superiority. Are you with me?

Along those same lines, my friend called me recently and sighed that he was at the “happiest place on earth.” The kicker is what it took for him to get there. It cost him 4 airplane tickets to fly 2800 miles, hotel rooms for 10 nights, a rental car, money for food, a gashed forehead from falling down on the redeye flight, four entry tickets for a 5-day pass at $700, and that just got him into the amusement park. Dare we mention that a lunch combo may be pushing 10 bucks (times 4), or that the sixty-thousand other guests at the happiest place on earth only allowed him to go on 1 ride all day.  Throw in the sunburn, crying children, souvenirs, exhaustion, and the hostile attitudes and, voila!, you can be at the happiest place on earth as well. Somehow again, I wonder if this claim is true.

Here’s my point. If you are going to talk the talk, you gotta back it up; Christ did this. In Mark chapter 2, some friends brought a paralytic to Christ for help, “And Jesus seeing their faith said to the paralytic, ‘Son, your sins are forgiven.’” That’s some pretty big talk coming from Christ. Obviously, not too many people are going to make that claim, so it’s no wonder that some were challenging him.  “But some of the scribes were sitting there and reasoning in their hearts, ‘Why does this man speak that way? He is blaspheming; who can forgive sins but God alone?’”

Jesus had talked the talk, the question in their minds was, “Could he back it up?” “Immediately Jesus, aware in His spirit that they were reasoning that way within themselves, said to them, ‘Why are you reasoning about these things in your hearts?  Which is easier, to say to the paralytic, “Your sins are forgiven’; or to say, “Get up, and pick up your pallet and walk?”’  Christ was willing to show them the power that he had to forgive sins, and he was going to do that in a tangible way.

“But so that you may know that the Son of Man has authority on earth to forgive sins” — He said to the paralytic, ‘I say to you, get up, pick up your pallet and go home.’” And that’s just what the man did. Indeed, Jesus had the power.

Who else has the integrity and power to come through in this way? He would make another bold claim. He claimed he would rise from the dead. In John 2:19 we read, “Jesus answered them, ‘Destroy this temple, and in three days I will raise it up.’” Now that is the topper of them all, and He did what he said he would do. “…And that He was buried, and that He was raised on the third day according to the Scriptures” (1 Corinthians 15:3).

Everything else is just talk!