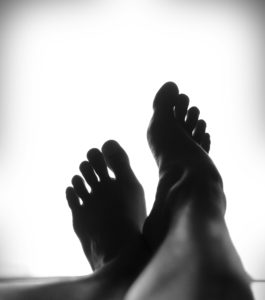 In Genesis 18:22-33, one of the oddest accounts of negotiation is described; it is between God and Abraham. The cities of Sodom and Gomorrah have openly rejected any acceptance of God.  God desires to destroy the cities of sin for their atrocities; Abraham questions that God would wipe out the righteous along with the wicked. He says, “Suppose there are fifty righteous within the city; will You indeed sweep it away and not spare the place for the sake of the fifty righteous who are in it?” (v. 24). God agrees to go along with the logic of Abraham. Thinking that amount may be a hard task to find, Abe subsequently drops the petition to 45, then 40, 30, 20 and finally, to a mere 10. God acquiesces to all these appeals, and eventually states, “I will not destroy it on account of the ten” (v. 32).

It is of interest that Abraham ceases to argue for a lower, perhaps more easily attainable number; is it because he securely believes he can generate 10 righteous? Or because he realizes the futility of even trying to garner that humble number, or any number for that matter.

The bar has been set. God will spare immediate judgment upon the cities if a mere 10 righteous people are found. Though the cities are pagan to the core, and abominable in their acts, God will not punish them on account of 10 persons of righteousness. God hates the evil rebellious sin of the cities but is willing to stave their judgment for the sake of those who are righteous. Yet, sadly, there are not 10 to be found. And God knew this all along. It appears that only Lot, and some of his family members are fit to be spared, though this is even hard to reconcile, in light of their evil acts. Genesis 19:24 reveals the fate, “Then the LORD rained on Sodom and Gomorrah brimstone and fire from the LORD out of heaven.”

Back to my original question, “Why doesn’t the Lord punish the United States in this way?”

This is my answer and it may be one of the boldest statements I make, and certainly it will be looked upon as presumptuously arrogant by the secular world. But I would say that divine judgment is stayed by the mere presence of the remnant – those who are righteous in Christ, here in this nation. Now, God in His sovereignty could do as he pleases, even if that meant obliterating the righteous along with the evil. There is no guarantee that He will act with such “Noahic” precision in extracting the righteous, but even some righteous at times may be subject to collateral damage.

As Paul noted in the letter to the Romans, “In the same way then, there has also come to be at the present time a remnant according to God’s gracious choice” (Romans 11:5). In the same way, as God did in ancient Israel, He has always been faithful to maintain a remnant for His own purposes, whatever, wherever that may be. Look, it could just be that God is patient and waiting, just out of His own sovereign grace and desire that none should perish.

Is God holding off judgment in the hopes that our witness would cause those separated from God to believe in Christ – that they would see our witness and be drawn to a restored relationship with their maker? I think that is a great possibility.

Romans 9:22 says He is patient with the vessels prepared for destruction. What does that mean? Why else would He be patient except that He desires them to repent and become vessels of mercy? He has allowed His remnant to be a part of that evangelization process. Romans 10:14-15 tells us that it is through our proclamation of who He is that will allow them to come to a saving knowledge; “How then will they call on Him in whom they have not believed? How will they believe in Him whom they have not heard? And how will they hear without a preacher? How will they preach unless they are sent? Just as it is written, “HOW BEAUTIFUL ARE THE FEET OF THOSE WHO BRING GOOD NEWS OF GOOD THINGS!”

God has an amazing plan of redemption in the works. Often times we do not see what He is doing; like Habakkuk, we are frustrated with the level of sin around us. But remember, we ourselves were once separated from God. And aren’t we glad that God didn’t pull the trigger of judgment (death) upon us before we came to salvation? Perhaps we should focus on the work entrusted to us.

Do you want beautiful feet?

Then open your mouth.

There are “soles” to save.