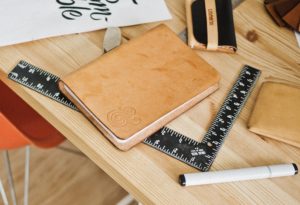 [This is a piece that I co-authored with my very dear friend, Ed Kruger who has gone home to be with the Lord – I praise the Lord for Ed’s example and heart for the Lord!]

I love working with wood… I remember working on a project with a friend. We were designing a very special piece made from very expensive clear, solid oak. Before I knew it he had glued a few of the pieces together and had them clamped up to dry. Come to find out he had failed to use a square. Anyone who has worked with wood knows if you begin with a project which is “out of square,” it will not be square in the end. Which means that each subsequent addition to the project needs to be individually custom fit costing valuable time and compromising the overall integrity of the effort. It will not be the desired masterpiece, but a hideous eyesore, and a very expensive piece of firewood.

When it comes to the Holy Word of God, it is no different! 2 Timothy 2:15 says, “Be diligent to present yourself approved to God as a workman who does not need to be ashamed, accurately handling the word of truth.” The King James renders the words “accurately handling” as “rightly dividing” the Word of Truth. Those words are one word in the Greek and among its various meanings it refers to a workman, working with construction materials such as wood, making precision measurements, making clean, accurate cuts, cutting along a straight line, i.e. with very valuable building material such as wood or stone.

When it came to handling the Scriptures, the early church fittingly referred to this as the “Rule of Faith.” It involved the way that Scriptures were “interpreted,” and it came from a second century theologian named Irenaeus who used an analogy from the world of art. Back in those times mosaics were shipped unassembled with a key or plan, which indicated how they were to be assembled in their final location.  Irenaeus claimed that heretics misused these keys and assembled the “mosaics” of Scripture however they wanted to in order to create the picture that they desired, when, if they had followed the key, or used the God-given “rule” or “square,” the result would have been much different, yielding a more precise “picture” of Scripture.

Sounds pretty familiar in our day and age, doesn’t it? People bending and twisting Scripture to force it to say something which God never intended. Everyone, not only pastors and theologians need to be mindful to “accurately handle” the word of God so that the true and proper meaning is gleaned. If we are careless to begin gluing pieces together at random, we will be left with a hideous, compromised, contrived theological monstrosity, unsupported by Scripture, and suitable for nothing more than to be burned.

Our responsibility as workmen, or believers in the Word of Truth is to interpret the Bible, the way the Author intended. If we use the “Rule” of the Holy Spirit, and are diligent to present our efforts of workmanship to God, we can anticipate a very accurate result, an effort that will yield a greater understanding of the masterpiece of salvation though Jesus Christ, which the Lord has so graciously given to those who love him.

Be careful! Be precise! And above all, keep it Square!