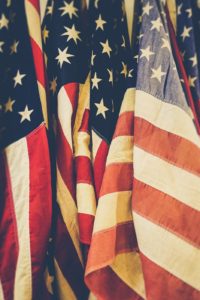 “War is not the answer.” It is that little sign I have seen around town, on a bumper sticker, or as a banner. It has been around for years, and though I am not sure what it means. I do know that, respectfully, very respectfully, I don’t agree with it. I am not even sure I remember the question being asked. What is of particular amusement to me is that, absent the employment of the institution of war, that sign would have had to read, “Krieg ist nicht die Antwort,” and I doubt the Third Reich would have approved that message. Nothing short of outright war was going to stop the Blitzkrieg upon the free world. If not for war we would all be speaking German here in America, England and France. War is at times a necessary part of life in the fallen world in which we live.

Warfare has been present ever since Satan had the arrogance to be his own god; subsequently, spiritual mayhem has ensued, and the cosmic battle of good versus evil will endure until the Lord Jesus Christ brings peace. As long as there are aggressors who indiscriminately impose their will upon others, there is a need to push back, to curb their behavior; often times war is the only resort. If we naively allow aggressors to be governed by their own moral values they will not stop until they are on our doorsteps. I would politely submit that “War is not the answer” is the mantra of a society willing to be ruled by another who does not embrace that same ideal. Historically, passive nations have yielded their sovereignty to allow those more aggressive to impose their authority upon them.

Now, war is not always the answer I will grant. I am not a warmonger who advocates radical annihilation of any country who opposes another on any level. Negotiations may well work.  Sanctions may work. Saber rattling may work, but evil dictators are not often motivated by toothless threats. You have to be willing to back it up. In fact, the United States has missed the mark many times, but that doesn’t mean that war as an institution is wrong. If Israel were not so proficient at war, they would have ceased to exist years ago. For them, war is an answer.

But so much for what I think, what does God think about it? This is not an editorial on war so much as it is a theological understanding. Obviously, God advocated war as a means to battle evil; He promotes this often in the Old Testament. Ecclesiastes 3:8 states, there is “A time for war and a time for peace.” On a spiritual level as well, Paul tells us in Ephesians 6:12 that a battle rages all around us, and it is a battle we are engaged in ourselves, whether or not we want to be. “For our struggle is not against flesh and blood, but against the rulers, against the powers, against the world forces of this darkness, against the spiritual forces of wickedness in the heavenly places.”

We cannot sit idly by and proclaim a battle is not taking place. To embrace this ideal is to abdicate power to the most depraved of minds, to the most satanic of ways; we simply do not have another choice but to fight; evil is at our doorsteps. Edmund Burke declared, “All that is necessary for the triumph of evil is for good men to do nothing.” Our consequence in choosing not to fight would be submission to evil. After all, we are all “Soldiers” battling for some cause or another, even if it is pacifism.

To all those who have fought in the name of justice in this God-given institution, I salute you! Thank you for the freedom you give to hang signs, bumper stickers, and banners.