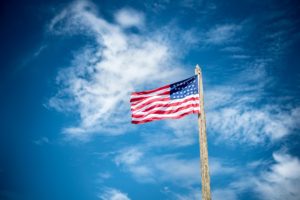 What a blessing the Honor Guard is to those in military service! It demonstrates high standards of appearance and conduct. They provide funeral honors for fallen comrades, guard national monuments, and defend the flag. In effect they act as ambassadors, or sentinels of honor.  But what does it actually mean that they guard the honor, or protect the honor of the military? It means to guard or demonstrate respect, esteem, affirm, and even cherish those they hold to be of value. They get it! They realize the benefit of affirmation, and ascription of honor to individuals so deserving. But this is nothing new to the wisdom of God.

In encouraging the Romans to have a healthy church body Paul commands that they demonstrate familial dedication toward one another, that they consider one another as comrades who do not desert each other when times get tough- a perpetual family unit so to speak. Paul promotes commitment to each other as a family core! He continues to reveal what that looks like. He says to, “give preference to one another in honor.” What does that mean? Paul is talking about treating others in the household of faith as being of high value.

He goes on to say that we should not be slack about it; “Not lagging behind in diligence.” This means that Christians should not be apathetic about demonstrating this honor, but that we should be fervent about it. “Fervent” here means to “boil over” in demonstration of it, active and intentional. How are we doing with that? Are we being fervent in honor toward each other?

Can you imagine the impact we could have if the church were known as a community that honors each other? “Hey, why do you attend your church?” “I go there because they honor me fervently as a child of God.” If people felt that way about their church, and the culture could see that, I bet our churches would be filled to overflowing.

So, what does it look like to honor each other in the community of faith? You know, I would suggest that the beginning of that honor is to simply greet each other on any particular Sunday and get to know their name.  A person is recognized as valuable when you care enough to ask, and remember their name. You can also value a person by listening to them, actually listening to them. Maybe affirming their gifts. Sending them a letter. Praying with them. Calling them on the phone. Or better yet walking through the Word with them. Or simply taking them out for coffee or bringing them cookies (mostly semi-sweet chocolate chip no nuts, though this is just my opinion). Essentially, encouraging them in the faith.

Obviously, the demonstration of honor increases as we continue to develop relationship with our brothers and sisters in Christ, but my guess is that Paul talks about honor in the kingdom of faith because that unifies, and draws us close to one another in Christ.

I would imagine that every single person in the body of Christ on any given Sunday has the ability to reach out and greet someone they have never met before. Then greet them the next week too. Don’t leave it up to the pastor or the ushers to do this.

My suspicion is that you might just see a healthier body grow right before your eyes as people feel that you honor their presence right there in the midst of worship – All because they are joint heirs and fellow children of the living God.

‘Bout time the church begins to act as honor guard to the redeemed in Christ – Don’t you think?