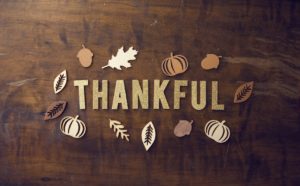 Recently, while on an airplane trip I was distracted by the sound of a man opening up a candy bag. The loud crackling sound it made announced its presence to all around. The bag had no say in the issue but the outside forces were causing it to make noise. It contained something good that was going to be gotten at all costs. The sound let all of us know something good was in the bag and going to be enjoyed by that man.

I actually began to reflect on that candy, or more so the bag, and relate that to our own lives. If we have been given the Spirit of God to reside in us, shouldn’t our lives reflect that? I mean, it sure seems like we do a lot of grumbling about life, rather than communicating the awesome, life-changing, transformational power that is within us. How can we as Christians expect a world to embrace the God of the universe if we, His children, cannot even reflect that awesome power that is within us? Even worse, how can we expect people to come to Christ if we are silent about our relationship with Him, or our conversation is limited to grumbling about the affairs of the world?

Let me put it this way, if we were facing a firing squad, and death was near certain, and somebody came along and volunteered to step into our place and take the penalty, what would you do first? Would you go outside the prison gate and be quiet as a church mouse? No, I don’t think so! Rather, you would shout from the mountaintops, and the rooftops, and the street corners that you had been saved by the gracious behavior of the one who saved you. Unfortunately, we often behave as if we have duct tape over our mouths.

The Bible encourages us in Psalm 107:1-3. “Oh give thanks to the LORD, for he is good, for his steadfast love endures forever! Let the redeemed of the LORD say so, whom he has redeemed from trouble and gathered in from the lands, from the east and from the west, from the north and from the south.” The Psalmist is saying, if grace has saved you then talk about it. If you have been redeemed from trouble, speak up. Tell someone!

Christ paints the picture well in Luke 11:33. “No one after lighting a lamp puts it in a cellar or under a basket, but on a stand, so that those who enter may see the light.” To put it mildly, the purpose of saving you, or lighting your lamp, was not so you could keep it all to yourself, it was so you could pass it on. Let others see the light that is within you.

If you have been given life everlasting with God, and he has given you the gift of the Holy Spirit to be with you and within you, you should “crackle” when the world is around you. Make a noise for the Lord. People should hear you and know you have something inside of you that they should want as well. We want them to ask, “Hey, what’s that noise all about? That person must have something great inside of them!”

Let the redeemed of the Lord, SAY SO!