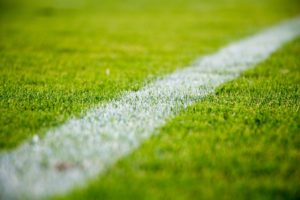 Football has been defined as, “thousands of people who are desperately in need of exercise, watching 22 men on a field who are desperately in need of rest.” No more so will that be the case than this Sunday when the big event occurs at “game time.” Nearly 100,000 patrons will fill the seats of the arena. Millions will watch on television and mobile devices. Radios around the world will be tuned to the great event. The press will be present in full portion awaiting the outcome of gridiron brilliance. Anticipation will fill the air as the teams enter the stadium in full battle array, ready for the action, and “oppositionally” position themselves on the sidelines.

Can you imagine if, as the whistle blows to start the competition, all the team members remain on the sidelines?   After a while, as the excitement begins to wane, the field remains vacant and all the players look to one another for someone, anyone to take the field, but no one does. The fans look expectantly at one another. Everybody has shown up expecting a great game, yet that is not to be. Slowly, one by one, little by little fans begin to filter out, the lights begin to dim. The players were to take the center stage and perform; they are idle.  The fans were meant to cheer; they are quiet.

Then a 330-pound linebacker takes the field as quarterback, a hot dog vender emerges on to the field as do two youths. They begin the “big game” but alas, it is not the big event for which all have waited.

I wonder if this is a metaphor of the Church service at times. People arrive at the sidelines of the church looking for the “show,” but aren’t comfortable getting on to the field. They anticipate the action but wait for “someone else” to jump in. Finally, someone does jump in, and though he is not ideally suited for the position, he takes the initiative. The resultant effect is a field that is lacking the proper “number” of participants, and those who are there are filling the wrong positions or duties. Disappointment and criticism ensue.

Paul, addressing the spiritual gifts writes in 1 Corinthians 12:11, “But one and the same Spirit works all these things, distributing to each one individually just as He wills.” We cannot move too quickly through this revelation. What this is communicating in light of the gifts is that God himself, the Holy Spirit has exercised His sovereign will and eternal foreknowledge to intentionally assign every believer in the Body of Christ a particular gift that, “according to the proper working of each individual part, causes the growth of the body for the building up of itself in love” (Ephesians 4:16), and He has also placed Him where He wants that believer to use that particular gift.

How many people arrive at the event (church service) and simply wait for something to happen? How many show up with no intent to be engaged in the action, nor cheer a sacrifice of praise (worship)?

Okay, I may be stretching this metaphor a little thin, and maybe it cannot support the strain, so let me simply say this. God has given you the honor to be His adopted son or daughter, and He has given you a measure of grace (a gift or gifts) to serve the Body of Christ. When you fail to do that, or refuse to do that, you are denying the will of God to glorify Himself through you. You are impeding growth of the Body. Ouch, Huh? Yeah, I know. Huh?

Anyway, enjoy the game tomorrow which is only really a violent land-acquisition game that is a psuedo-facist metaphor of a communist regime.  Sorry. But seriously. Recognize how excited the fans are. Observe the players in their passion to serve. And next week at church, bring that into the arena of faith.