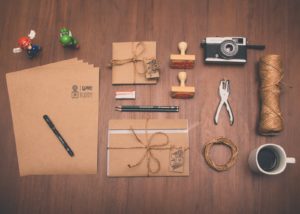 I was once in the unenviable position of having to rent out a condo which I owned. It was right about the time of the fall semester, and since I was close to a university, and kids were looking for places to live, it was good timing. I thought I’d found the perfect Christian tenant. After two months, right around October the tenant came to me and informed me that she would be moving out as “God had told her she couldn’t afford the rent any longer.” As I remember, I told her I wished God had given her that message before she rented the place as it was now nearly impossible for me to find another student in need of mid-semester housing. As a result, I had an empty condo until the next semester.

I have found this to be the practice of many Christians in order to get themselves where they want to be, regardless of the desire of God’s heart. It comes in many forms. “God told me so” or, “I felt led by God to…” or simply, “I prayed about it.” Often what this really means is that a person desired to do something and is just seeking to sanction his or her actions with the “blessing of God.” They are immaturely attempting to undergird their claim with authentication. After all who is one to argue or debate the Sovereign voice of God? In reality, this is nothing more than a self-imposed “stamp of approval” of the free will decision arrived in their own hearts.

I had another friend who claimed God wanted him to divorce his wife so he could be “freed up” in the area of ministry – so he did. You see God’s hand was never part of the process. Oh sure God was assigned responsibility for the decision in order to stifle negative responses, but God had no part of it; for Him to do so would have violated His own word. The decision was “sealed” in my friend’s mind way before the thought of blaming God entered into the equation. The heart desired, the will chose, the mind justified, and the citation of prayer “sealed the deal.”

In both of these situations the individual was trying to get out of a situation that they wanted out of, and targeting God as the motivator in order to give credibility to their claim. Can God lead us in certain ways? Sure! Does God? Um, eh, probably not so much as people say He does. And when they assign behavior to God which is not from Him, they slander God as having been the perpetrator of their actions.

Consider the words in Exodus 20:7, “You shall not take the name of the LORD your God in vain, for the LORD will not leave him unpunished who takes His name in vain.” Many people errantly think this means using God’s name as a “cuss word.” I think this verse has a much broader admonition than this. To use the Name in vain meant to take a vow using His name, or to attach Him, or His approval to a particular thought or behavior which did not generate from Him.

We see people and movements falsely ascribing words and actions to Him which are not from Him. They are using His name in vain and thus, maligning the glory of God. Can you imagine God’s heart when this happens? We know our own hearts’ response when we are misrepresented; we feel betrayed! For one who does this, you can be sure there is some punitive element forthcoming.

Take it or leave it but here’s my advice: if you want to exercise your free will to do something, then do that – but don’t drag God into it. However, I would highly suggest that you are not doing anything opposed to God and His Word before doing so, before you exercise that free will.

Be careful of that action or thought you assign to God; it may just be that it is generated from you, and you alone.  You may sneak one past other folks but God is clear on what you’ve done.

But the LORD weighs the hearts.”