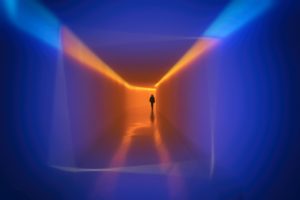 Of all the phrases in the English language, perhaps the most offensive to us is the phrase, “You are wrong!” Upon having this proclamation made over us we immediately recoil like a snake ready to defend our position no matter how errant it may be. The reason we respond this way is that this is an attack on our positions, and our positions are the bedrock of who we are, our identity; minimally an attack upon what we want to do, or what we want to believe. It makes no difference whether it is within the walls of the Church or not, these words are not easily received.

For the most part, as a result, we live in a world of permissibility. Everybody is “tolerant” of others positions as long as that assures that their own personal positions and beliefs will be tolerated as well. The final result is a world where “everyone does what is right in his own eyes.” Many people live in his or her own personal world of deadly delusional “truth.”

Even a world that embraces this illogical attitude of tolerance sees the error. The problem is, as Aristotle‘s Metaphysics stated regarding The Law of Non-contradiction, that two opposing statements, (or thoughts) cannot be true at the same time. “The most certain of all basic principles is that contradictory propositions are not true simultaneously.” It states that something cannot be both true and not true at the same time when dealing with the same context.  The majority, if not all of the philosophers, even the pagan ones embrace this logic.

For example, a person cannot be considered dead by one person and proclaimed alive by another, and have both statements true. One is false. Yet, our problem is that we are willing to allow contrary beliefs to be “true” as long as we are assured of not being hassled. Again, we go back to people not wanting to hear anything contrary to their position.

Sometimes this delusion is asserted in regards to obeying God. People assert that they are obeying God, or living a Godly lifestyle when they clearly are not. When people live in a delusion of sin, they are acting contrary to God’s will. The problem with living in tolerance of sin is that the end result is chaos, guilt, or death – most notably a decisive death in the relationship to God. You cannot live according to, and contrary to the Law of God simultaneously. Nope! Both positions cannot be right.

The words of Isaiah 30:9-10 are frightfully familiar to our culture. “For this is a rebellious people, false sons, Sons who refuse to listen to the instruction of the LORD; Who say to the seers, ‘You must not see visions’; And to the prophets, ‘You must not prophesy to us what is right, Speak to us pleasant words, Prophesy illusions.’”

The people are demanding to not hear anything unpleasant even if it’s true – they want delusions and lies! Anything – But not the Word of the Lord! This would be parallel to telling a blind-folded person who is walking off a cliff that that he is entirely safe. Or a man jumping out of an airplane without a parachute that he will land softy. It just doesn’t make sense.

Now, I myself still do not enjoy being told that I am wrong, but if I am indeed out of line with God’s Word, I am a little better at allowing people to approach me. Although, there is a proper way to approach and reprove, it all needs to be done according to the Word of God, the Absolute Truth. The Truth needs to be spoken according to God’s Word and in love.

When it gets right down to it, God makes the decision whether it’s right or wrong, not me. Not mankind. I can neither condemn that which God has condoned, nor can I condone that which God has condemned, I do not have that authority. And, no amount of legislation or rationalization can sanctify the unholy. But I can affirm what God has said in His Word, I do have that authority.

All of our beliefs and behavior need to be accurately grounded in light of God’s Word.

One Truth. Absolutely. Our only hope.