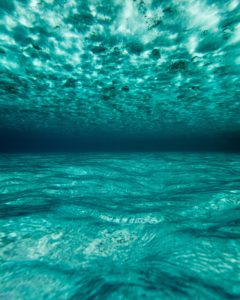 In some ways, this is happening in the theological realm as well. If Americans are even willing to acknowledge a god truly exists, they want to believe in a god of their own making. They want their own, personally made, individualistic, “new and improved” iGod. They want to pick and choose the personality traits they want to assign to God.

“My god would not send anybody to hell” or,

“My god would not punish me for doing what feels good.”

To understand, or portray the God of the Bible in any other way than He actually is would be to “create” another god, a small “g” god. We can’t have it both ways. We either believe in the God of the Bible with all of His traits, or we believe in a god that doesn’t exist. God is not a schizophrenic being, or a multiple personality disordered supreme being that is created differently in the minds of millions of individuals. God created us, we don’t create Him. We are created in His image, He is not created in ours. He is not a Mr. Potato Head who we can fabricate in the image we want, one that eases our consciences. How would you like it if someone perceived you as a kind person, while someone else was equally convinced that you were a mean person? It wouldn’t make you feel good, would it? The same goes with God; He wants to be known as He is. God does not change like a chameleon:

Hebrews 13:8 “Jesus Christ is the same yesterday and today and forever.”

In spite of what some people think, God can be known, not in His entirety, but He can be known. He gave His Word so that we could know and understand Him. The entire Bible is a love-letter to us, so we may comprehend who He is, and His desire for us. He sent His Son so that we might know Him, and have a personal relationship with Him. The relationship is personal. God is personal. But in order to know Him on a personal level, we need to pursue an understanding of His character. In this way we come to believe in Him, we have faith in Him.

Hebrews 11:6 “And without faith it is impossible to please Him, for whoever would draw near to God must believe that He exists and that He rewards those who seek Him.”

Get to know the Lord of all creation! Boast in it! That pleases Him!

He is pleased when we seek Him. He desires for us to seek Him. … And the rewards are priceless.

John 17:3 “And this is eternal life, that they know you the only true God, and Jesus Christ whom you have sent.”

So, put the headphones on. Listen to His voice.

Get to know God… the God of the Bible!