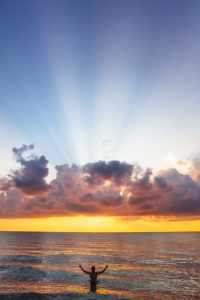 What in the world is an invocation? There has been a lot of concern over the last few weeks over this one little word in our little town.

In the general sense of the word, it is the act of calling upon a deity for aid, protection or inspiration. The word means to call, or utilize the voice to summons someone. In the simplest of terms it is an appeal to deity for God’s presence usually at the beginning of a religious service or public ceremony. Specifically, in Christian circles the implication is to call upon Yahweh, using His specific name, and in the name of Jesus, His Son. This is an action that has existed for ages in the public and religious sector, but is it encouraged in Scripture?

Psalm 67:1-2 says, “God be gracious to us and bless us, And cause His face to shine upon us, that Your way may be known on the earth, Your salvation among all nations.” That cry is an appeal to deity (Yahweh) on behalf of all people. The Psalmist is openly asking that his people would be blessed for the purpose that that witness would be evident and that God would subsequently be known to the rest of the earth.

For years it was acceptable for all groups in religious gatherings and even public gatherings to openly pray for God’s presence to superintend the meeting. In fact, there was a day when prayer was honored in the public schools, God’s Word appeared on governmental monuments, and stores were closed on Sunday to honor a Sabbath.

One of the greatest benefits we have received as a nation is freedom, and that came at quite a cost. One of the worst offenses we have committed with that freedom using it to separate ourselves from God and extract God from the public square. Is there anybody who could objectively say that we as a nation are in a better place since public prayer was dismissed from our schools? Or since we ceased openly honoring God as a nation? Or since the great god of materialism has been placed upon the throne of worship?

Is it okay to openly implore the hand of the Almighty to actively participate in the events of mankind? Yes. God says so in Psalm 105:1,  “Oh give thanks to the LORD; call upon his name; make known his deeds among the peoples!”

Yes, there has been a lot of concern in the last few weeks over this one little word, but it is a little word with no little meaning behind it. To my understanding Bishop has long been a community that openly honors God; how could we not with the fingerprints of God’s handiwork all around us?

In light of that celebration of truth, we need to support our city and our leaders as they set our invocation policy. And yet, we are in a precarious situation in relation to religious freedom, to say the least, but they are on our side and they need our prayers as to how to navigate through these difficult litigious waters. This is a battle against our culture, not our city council.

Let’s not see Bishop go the way of the rest of the nation. We have a city council meeting this Monday night at 7:00 p.m. regarding the invocation guidelines. May I encourage you to come and encourage our city council and officials, and to communicate that the importance of continuing to honor God in the public square is of paramount importance to our prosperity.