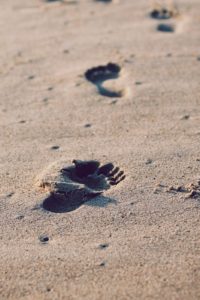 Perhaps I am dating myself but these are the words that would be issued by Ricky Ricardo after he had returned home to find the remnants of his wife Lucy’s shenanigans. The show was “I Love Lucy” and she would find herself in all kinds of situations which defied rational explanation. The reason is that there was no “reasonable explanation.” No explanation why flour was all over the kitchen, or why she was wearing a goofy disguise or outfit. Ricky would come into the home, roll his eyes and cry out, “Lucy, you got a lotta splaynin’ to do!” After which she would burst into tears, and the credits would roll.

Sometimes that’s how I feel about evolution (how’s that for a segue?). I understand the premise of life evolving out of nothing, or even out of a primordial goo, in some respects that theory “explains” the development of the physical realm (though I do not accept it in any way). A gaping hole in the argument is the “moral code” argument, the evidence that somewhere along the way, right and wrong became discernable. Here’s my issue: Evolution seeks to develop a theory for the physical existence of man, but this theory does not explain the evolution of a conscience. Those who embrace evolution have a lot of splaynin’ to do.

Short and simple, if there is no God, then there is no right or wrong. In fact, a moral code flies in the face of the theory that “survival of the fittest” is the order of the day. Survival of the fittest is not adherence to a moral absolute but a dictatorship, a dictatorship which says that the “strongest” rules society, the strongest is “Right,” but that changes with each new dictator who takes power and imposes his will. Therefore, the moral code is not an absolute but changes with each new ruler. Therefore, an evolutionistic worldview must embrace murder, raping and plundering and every other sort of moral failure if it is truly the agenda of the “fittest.”

This may sound extreme but look at Hitler or Hussein, they were not exterminating people because it had suddenly become moral to do this, they did this because they had enough power to pull it off. This didn’t make it right, and no person in their right mind should condone such behavior. Yet, evolution is all about the fittest, it is all about the strongest DNA ruling society, not a moral compass assigned by a moral God. Like I said, this evolutionary theory has some “splaynin” to do.

Deep down we know that this theory of evolution just isn’t so, we know in our core that certain things are just wrong according to everybody’s rulebook, including murder, rape and theft. When it gets down to it we all have a sense of right and wrong, but where does that come from? Romans 2:15 tells us, “in that they show the work of the Law written in their hearts, their conscience bearing witness and their thoughts alternately accusing or else defending them.”  People know the truth, but when we do bad, we rationalize it because we want to do it. Romans 1:18 tells us we “suppress the truth in unrighteousness.”

Yes, you can tell, I do have issues with evolution. I am unwilling to concede that it is a logical worldview.  If we truly evolved from goo, according to the theory of evolution, then there is no afterlife and judgment, there is no God to whom we are accountable, so eat drink and be merry for tomorrow we die. Sounds like nothing short of self-serving hedonism.

Evolution just cannot account for right and wrong. Isn’t it easier to accept that we humans know right and wrong because we are created by God who has written a moral code upon our hearts?

Once we get to that point of understanding, then when can begin to know Him, and have the proper relationship with Him that He desires.