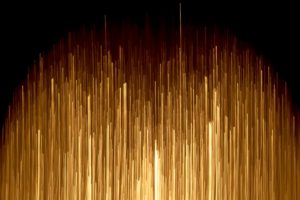 In the classic Moby Dick the character of Father Mapple issues a quote from his famous sermon – “And if we obey God, we must disobey ourselves; and it is in this disobeying ourselves, wherein the hardness of obeying God consists.” What profound words to be communicated regarding the battle of believers between the flesh and the spirit. In effect, he is saying that obeying God would be so much easier if it didn’t involve disobeying ourselves.

Just because a person comes to a reconciled relationship with the Lord through Jesus Christ doesn’t mean that it is the end of the journey. In fact, it is just the glorious beginning – the initial step of eternity with God. But when someone lays down arms with the Almighty, when someone surrenders to their Creator, when the war between God and any individual ceases, a new war begins, that is the war between the flesh and the spirit (Romans 7).

Peter captures this predicament in 1 Peter 1:14-16, “As obedient children, do not be conformed to the former lusts which were yours in your ignorance, but like the Holy One who called you, be holy yourselves also in all your behavior; because it is written, ‘YOU SHALL BE HOLY, FOR I AM HOLY.’” Peter is speaking to followers of Christ who are positionally granted holiness before God even though their lives are not yet up to that desired level of sanctification. Peter is saying “Hey guys, you are saved, but don’t stop there, but let your behavior match your granted holiness.” The reason? Because God is holy.

Isn’t it interesting that God didn’t say, nor Peter in quoting Him, “Be happy, for I am happy”? Why wasn’t that said? Quite simply, happiness is not the problem of mankind – but holiness is. It is sin, a lack of holiness that severed our relationship with God in the Garden of Eden. The answer to that separation is not happiness but being holy.

Yet, isn’t it amazing that we Americans, and yes, even we Christians more often than not, would place happiness far above holiness. How often have I heard the statement, “I know God just wants me to be happy?” That is usually a statement followed by an action, which is condemned by God. God just wants us to be happy? Really? Where is that found in the Bible?

It isn’t that God doesn’t want us to be happy, but again that is not the solution to man’s problem. Just look at our culture today, constantly in search of hedonistic happiness, yet farther from God, and farther from holiness than ever. And does that quest for happiness ever produce the desired result? Um-Probably not so much.

Maybe you’re in a tough place right now, and for that I can sympathize, but maybe the answer is not looking for the easy way out, but asking God, “How do you want to grow me in holiness through this situation?”

God has His children on a journey of progressive sanctification to go along with the free gift of imputed righteousness. Part of that journey involves some tough times, but God has not left us as orphans – we have the blessing of God’s Spirit walking right alongside of us, and dwelling within us to assure us of victory!