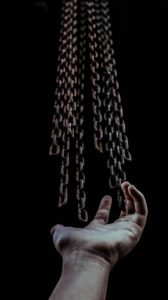 It came and departed with such little pomp and circumstance most of us were unaware that January 1, 2013 marked the 150th anniversary of the Emancipation Proclamation. It was back in 1863, during the raging contention of the great Civil War that Abraham Lincoln issued this monumental document which stated, “All persons held as slaves within any state or designated part of the state in rebellion against the United States are and hence forward shall be free.” This simple piece of paper granted freedom and a source of hope to the nearly 4 million slaves held captive in the Southern states.

Can you imagine this brief document would be the vehicle by which people who had been held in bondage for hundreds of years would find liberty? But it was. That freedom was made available, but in order for a slave to be freed he needed to know that, and actually believe it, and abide by that truth. That freedom would come at a high cost of human life, and produce scars to a nation which remain even to this day, but it would happen.

The parallel is overwhelming when we think of our lives in the spiritual realm. Christ said in John 8:34, “everyone who commits sin is the slave of sin.” Our proclivity is to follow after our own desires, those which are displeasing and offensive to the Lord, and that is sin. Christ says every individual who does that is a slave to that master called “sin”; the idea is because that sin is our master, and we are in bondage.

The good news of God’s Word is that He sent His very own Emancipation Proclamation to the world in the form of His Son. Titus 2:14 says, “…(Christ) who gave Himself for us to redeem us from every lawless deed, and to purify for Himself a people for His own possession, zealous for good deeds.” The word “redeem” here is used in the sense of a bidder at a slave auction paying the required price to buy any particular slave coming across the auction block. Paul says to Titus that Christ has paid the “fee” for all those sins which man had committed.

But here’s the tricky part – in order for us to be forgiven, we need to “die” to ourselves. That means we need to say goodbye to those desires which are contrary to the will of God; we need to be baptized in Christ, and be “born again” as new creations. Pretty complicated. Pretty intense. But pretty powerful. If we do surrender to the transformational power of God, we know this, “that our old self was crucified with Him, in order that our body of sin might be done away with, so that we would no longer be slaves to sin” (Romans 6:6). The result is that we are not compelled to succumb to our every desire; we are no longer slaves to the master of sin.

The vehicle which granted that freedom though was not a nice piece of paper with the handwriting of the President of the United States, but rather it was another contract – a covenant signed in blood by God. That act of God came at a great cost – the sacrifice of the Son of God upon the cross. God had granted freedom to all who would call upon the name of the Lord (Romans 10:13). The catch there is that freedom, or salvation is given only to those who follow Christ, those who were slaves willing to be redeemed by the blood of Christ.

No other document, no other sacrifice. No other actions.

Freedom, true freedom is within your grasp if you would only follow Christ.