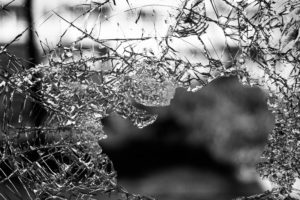 I am convinced that certain things can only adequately be communicated through the eyes of experience. If you have not experienced the fresh air of a tropical island, heard the joy of a baby’s coo, if you have not experienced the loss of a loved one, or even a splinter yourself, then you will find it hard, more so impossible to accurately express that to others. I am convinced the same is true, that one could not adequately communicate the pain of betrayal unless one has walked that very road.

When someone resorts to ambush, or gossip, or subversion, or undermining, or any other vehicle of betrayal, it strikes to the core.

Many times, we may not know their motives. Other times we do. The result is still the same – incredible pain and disbelief. Disbelief that someone who called themselves “friend,” or “brother,” or “sister,” could and would eagerly choose to inflict pain, but they do.

Each day, along our courses of life we seek to muster through the scar tissue, through doubt, through anxiety, through layers of pain, to trust again. We have the choice to look crossways with suspicion at all our friends or to press on through to the task of our mission in Christ.

This brings to mind the long list of Old Testament prophets who faithfully sought to proclaim the word of the Lord, and yet, the people of Israel turned on them. Faithful servants who willingly proclaimed the word of the Lord were consistently disparaged and dismissed by their own people. In the New Testament John had his Diotrephes, and Paul his Alexander.

Yet, no one more so than Christ tasted the bitter cut of betrayal in His final earthly steps. Yes, I understand that He knew that Judas had gone from the upper room, to deliver Him over to the powers of darkness. Even so, I can imagine the pain Jesus felt in the garden, as He is praying fervently to the Father, and looking up only to see the Son of Perdition approaching under the auspices of friend, delivering Him over with a kiss.

Can we even imagine the broken heart of Jesus as He looked across the courtyard to hear the words of Peter… diehard Peter! – “Even though all may fall away because of You, I will never fall away” (Matthew 26:33) … that Peter!

“Man, I do not know what you are talking about?” Peter had denied Jesus 3 times. As his final words of denial linger in the air, it seems as though his eyes met Jesus; Peter is devastated.

Jesus could have written Peter off at that point. He could have dismissed him as unreliable. He could have relegated him to the chaff of the sifting room floor. Yet, Christ remains on task. Not only does He forgive Peter, but Jesus elects to recommission him to ministry. “Peter, do you love me?… Then tend my sheep” (John 21).

Look, we live in a fallen world; people are fallen. Some are going to betray us, people like Judas, who themselves fall away. Some may cave because of pressure or insecurity; they may betray us, and then repent. We could choose to leave the ministry altogether, not wishing to endure the pain again, we could choose to leave the church; or… we could be intentional to forgive and accept those who repent, and discern to steer clear of those who continue to do the Devil’s bidding–the wolves. At the end of the day, we have a choice, to move beyond betrayal, to our mission in Christ, or not.

Yes, I know that somewhere along the line you have been betrayed too.

How will you respond?