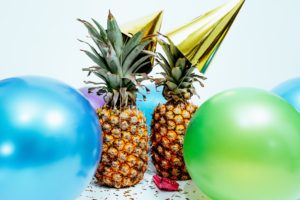 Recently, I was reading some words from an old song and I was amazed at how they speak to the state of the culture today.

And we’ve often rewound the clock,
Since the Puritans got a shock,
When they landed on Plymouth Rock.
In olden days, a glimpse of stocking,
Was looked on as something shocking,

These are extractions from a song written in 1934!  This “happy little tune” chronicles the downward progressive spiral of morality, and what a tragic description of society it is! The simple message is that Anything Goes, everything is allowed; the bar of virtue is at an all-time low. And this is describing the culture of some 80 years ago! If anything, what should have us weeping for our culture is this mindset, this onset of depravity. Certainly, the tide of a new culture of morality is pouring over the landscape of humanity finding purchase in the void of an absent holiness.

It’s hard to even imagine how we got here; we never thought society would be this way, though perhaps, we should have expected it. Many times, we may choose to go on our way, unaffected, but when flagrant immorality is crouched upon the doorstep of the church, we had better take notice. When we as the church choose to incorporate ungodly ideology, we are in trouble.

Once such church of concession is found in 1 Corinthians. Paul initially addresses the situation in chapter 5:1, “It is actually reported that there is immorality among you, and immorality of such a kind as does not exist even among the Gentiles, that someone has his father’s wife.” It is understood that there is a man in the church, who is inappropriately engaged with a woman who was or is, his father’s wife; it would not seem that this woman is his own mother. Paul asserts that this level of depravity even surpasses that which is perpetuated in pagan cultures.

Paul continues in verse 2, “You have become arrogant and have not mourned instead, so that the one who had done this deed would be removed from your midst.” Their arrogance (“boasting” verse 6) seems to be a point of pride, that they have extended this great measure of tolerance and so-called “grace” upon this errant individual. We get the picture that they exclaim, “Grace abounds here at the Corinthian Church!” Rather than applauding him as he is, they should be grieving his behavior, and extracting him from the church, which Paul has already mentally done. The so-called grace, to this so-called brother, would cause harm on two fronts if not dealt with.

The first reason for this action is for the benefit of the man himself; that he would know his error, and understand that he cannot foster that kind of disobedience in the church. The second reason for this expulsion of iniquity is to protect the flock from the devastating effects of this sinful example upon the church, “Do you not know that a little leaven leavens the whole lump of dough?” (verse 6).

In case they did not get the message, Paul reasserts the directive, “REMOVE THE WICKED MAN FROM AMONG YOURSELVES” (verse 13). This is simply one example of compromise within the church walls, yet, how many more areas of compromise do we house within the walls of the modern church, under the banner of “grace,” acceptance and tolerance?

The song says, “nobody will oppose,” but all of the nobodies of the world are not our standard, we are, and should be all about the standards of God; what does He think? Does He oppose?

Anything doesn’t go! God is a God of holiness, and He is a God of standards, and He calls us to be holy as well; “As obedient children, do not be conformed to the former lusts which were yours in your ignorance, but like the Holy One who called you, be holy yourselves also in all your behavior; because it is written, ‘YOU SHALL BE HOLY, FOR I AM HOLY’” (1 Peter 1:14-16). We cannot then condemn that which has been condoned by God; nor can we condone that which has been condemned by Him – We do not have that Sovereign Divine authority.

This should cause us to pause, to examine what things we as God’s people, and as individuals have embraced which may be to the dissatisfaction of God.

My heart fears that, somewhere along the way we may often times be reflecting the culture of the day, rather than the true holiness of Christ.