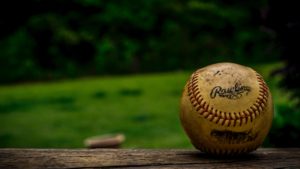 Back in the early days of the game, baseball enjoyed some pretty special, memorable figures, some of them pretty dominant figures. Most notably perhaps are the likes of Babe Ruth, Lou Gehrig, Ty Cobb, Joe DiMaggio. Going even further back the likes of Honus Wagner, and Cy Young come to mind. Most of these made their names great on an individual level. For others, it was more of a team effort, like the Dodgers, Giants, or the Yankees.

For a particular trio of men on the Chicago Cubs, it was definitely an elite fraternity of “Tinkers to Evers to Chance.” The order is the call of a baseball announcer navigating the progression of a baseball through the course of a double-play. Tinker was the shortstop, the first to field the ball who then threw to the second baseman, Evers for the first out, and on to Chance at first-base for the second out–double-play. They became such the fodder of double-play lore that they were eulogized in a poem, “Baseball’s Sad Lexicon” by – Franklin Pierce Adams

They had begun their trio on September 13, 1902, turning their first double-play two days later. They played together with the Chicago Cubs, until 1912. Tinkers and Evers and Chance led the Cubs to the National League pennant 4 times in those years.

Having executed multiple double-plays, they became quite infamous and the poem only added to their popularity; one would think that the comradery between them was something special, that there was a bond both on and off the field, but sadly that was not the case. In fact, there was tension between each other off the field. Relations between Tinkers and Evans were strained; having engaged in a fistfight on the field in 1905, they played 7 more years together winning two World Series, yet not speaking a word to each other… until they patched things up in 1937.

One has to applaud them for the faithful execution of their assigned duties, but could hardly commend them for the way in which they demonstrated unity. I am certain that the fissure between them was felt among the entire team. They worked to perform their task but they did not get along…sad.

How sad it is when those sorts of situations occur in the Body of Christ, when we have been called to work together in concert for the glory of the Lord, and we may do so in part, but…we fail to genuinely demonstrate love for one another. We may be applauded for the faithful execution of our assigned duties but…

In some measure, Christ addresses this component of teamwork, of being in unity. “A new commandment I give to you, that you love one another, even as I have loved you, that you also love one another. By this, all men will know that you are My disciples, if you have love for one another” (John 13:34-35). The kind of love to which Christ refers is not a synthetic façade of window dressing, but a true love, an authentic regard for the well-being of the other individual. According to these verses, our recognized identity as a follower of Christ is that we love one another.

I am not sure how things look from your corner of the world, but from mine, this kind of love is not happening all too often. If we think we are doing great things for the kingdom of God, gaining victory after victory, but we loathe our “shortstop,” or our “second-baseman,” we are sorely deluded as to our true obedience in Christ.

The first 3 verses of 1 Corinthians 13 are an indictment of this action.

Obviously, this text covers a broader swath of truth than this article addresses, but we need to evaluate our deeds of service, and our giftings in light of these verses. The pinnacle of service does not solely rest in external acts, but true love. Paul communicates that the fruit of such folly, working together in such a fashion absent of love for our brother, is that he himself is nothing! May I suggest this means a certain element of absolute insignificance to the cause and mission of Christ. May I say that all you do, which is done absent of love, leads to a culmination of nothingness, insignificance…producing no net gain; obviously, failing to meet that high bar of divine command.

Let’s face it church, the great apologetic, the best defense in favor of the Gospel, that God, Yahweh, is the only true God, and has sent Jesus Christ His Son to offset the effects of sin in this world, is the demonstrated unity of the body of Christ (John 17). If the world cannot see that in us, what are the chances that they will believe in the transformational power of the Gospel for their own lives?

I know it’s a pretty high bar, but grab a glove and get into the game.

The world is watching!