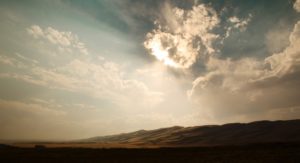 Every so often at a church event, I get to feeling very uncomfortable. It could be during a sermon, during a Bible study, a worship song at church, or simply when someone is talking about a ministry event or missionary venture. It starts out orthodox enough, but then…

It takes me a minute to put my finger on it, but eventually, it comes to me. Somewhere along the way the event turned from one purportedly exalting God or giving glory to God, to one of self-exaltation. The event suddenly transformed from one of worship to one of performance. From one of Biblical instruction, to “Hey! Look at me!” Someone who had been purportedly communicating something which should have been giving God glory began to veer off track. It becomes clear that the person was not ultimately intending to glorify God at all, but was seeking to elevate their own glory through their own God-given abilities.

Yes, our gifts at times are used for the building up of the body in numbers and maturity, but ultimately, that too is to glorify God. Whenever we are engaged in using that gift, it is a time of worship; at least it should be.

There are few things which I detest more than when someone uses God’s platform for their own glory. Scripture tells us where God weighs in on the matter.

Isaiah 42:8 “I am the LORD, that is My name;
I will not give My glory to another,
Nor My praise to graven images.”

Wow, God equates stealing His glory with the act of idol worship. Indeed, it is! And the idol which one is worshipping is himself or herself! Imagine that; a person masquerades as an exalter of God, only to seek to turn the eyes upon himself as the focal point of glory.

Now, as I say this I have to take this as a caution myself. As people in ministry, as believers made for the purpose of pointing toward God, we have to be careful; we need to do just that, and rest solely in the hope we have pleased God. We are placed in very prominent positions with a degree of influence and honor. Sometimes, we are very easily drawn into the delusion that we are somehow deserving of some glory. We are placed in very tempting places of potential compromise.

In the end, we need to consistently monitor who our audience is. Yes, we may be leading others. Yes, we may have been given a beautiful gift with which to minister to many, but God has not given us an audience from whom are to receive exaltation. When we do something for the Lord, we have an audience of One!

If we are true stewards of the gift we have been given, we point to Him!