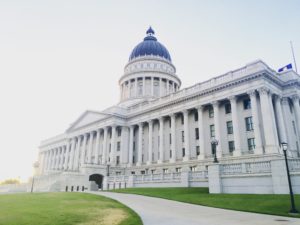 Well, it looks like it’s that time of year again- April 15th, tax day. That seemingly gloomy day that looms over every good spring. A date of which we become aware, all too soon in the year. April 14th sets us scrambling looking for every hidden receipt and every valid tax tip we can find. The one day of the year we wish we had had a lousy year. Like most other solid citizens I have paid my fair share, and then some. I don’t like paying taxes any more than the next guy but let me throw in my two cents worth (actually after taxes and inflation it’s barely worth a penny).

For the most part I don’t think about taxes throughout most of the year. I seldom recognize any benefit until dreaded April. But I have to say when I am up at 6 in the morning traveling down an icy mountain road, I am glad some poor soul was up in the wee hours putting crushed rock on the road so I wouldn’t be careening over the edge in the dawn’s early light. God bless you wherever you are! I have to say, if I think about it, I sleep better knowing there is some soldier standing on a wall in a foreign country permitting me to sleep. I am thankful that if there is a crazy person outside my house in the middle of the night (someone other than myself) that the police are just a few buttons away. I appreciate there are folks I don’t even know willing to risk their lives to extinguish my house were it on fire.  God be with you all. I appreciate street lights and good roads too.

Truth is we all want that, and we should all appreciate that. The trouble is those amenities only come through taxes which pay for them. Funny how God’s Word addresses such things as even taxes. Romans 13:1-2 says, “Every person is to be in subjection to the governing authorities. For there is no authority except from God, and those which exist are established by God.  Therefore whoever resists authority has opposed the ordinance of God; and they who have opposed will receive condemnation upon themselves.”

Hope you caught that! The authority over us has been allowed by God as an ordinance. God has permitted us to exist under a governmental structure so as to avoid absolute anarchy. I say good move. Don’t oppose it.

Romans 13:5-7 continues, “Therefore it is necessary to be in subjection, not only because of wrath, but also for conscience’ sake. For because of this you also pay taxes, for rulers are servants of God, devoting themselves to this very thing. Render to all what is due them: tax to whom tax is due; custom to whom custom; fear to whom fear; honor to whom honor.”

Hope you caught that too! Rulers are servants of God. God has appointed them, or minimally permitted them to serve him. (Just a shout out to all you government workers and elected officials, you work for God first, and the people second. So, thank your Boss for your job and spend the money wisely!) Point is taxes are for a purpose, and government couldn’t operate on the beneficence of the people; we’re just not that generous.

Don’t get me wrong; I still have problems with the percentage we are being taxed, and the way that much of those revenues are being spent. And I still complain a lot come April. But our time truly would be better spent praying for this crumbling nation of ours, and for the leadership to embrace Godly principles once again, rather than grumbling about something we can do little about.

Let God do the heavy lifting.

Lord God, Help me take my own advice! (But, not tax advice).