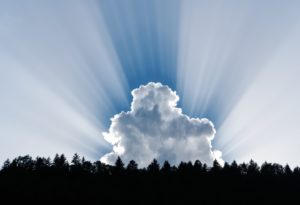 After 70 long years in captivity, the people of God are allowed to return to Jerusalem. They were exiled many years before because of their dishonor of God; they had forsaken Him; they had worshipped other gods; they had defiled the Temple bringing other gods into it. Their hearts were rock-hard toward Yahweh–the consequence was many long years in a foreign land under pagan rule. But, after their divinely appointed “time-out” to think about what they had done, they are permitted to return to their own land.

However, it is indeed a different lot of people who find themselves freshly navigating the Promised Land. Many of those exiled have perished over the length of 70 years; it is a new generation, many of whom have never set eyes upon the city, which is in ruins. The many stories they have heard of the grandeur of Zion are amended as they witness the broken walls, the devastated infrastructure, and saddest of all, the iconic Temple which lies in ruins. Yes, it is a different lot.

But the new breed is different. Their hearts are in a much different place, a better place, and rather than offend God with their actions they seek to affirm His glory. This is the picture as Psalm 115 opens:

“Not to us, O LORD, not to us,
But to Your name give glory
Because of Your lovingkindness, because of Your truth.
Why should the nations say,
‘Where, now, is their God?’
But our God is in the heavens;
He does whatever He pleases.”

As they assess the land and the work before them, the cry of their heart is a plea that God would have all the glory for bringing them back. Though the work ahead is difficult, they have been freed from their captives. God is to be given the credit for such freedom; it was His hand which delivered them because of His mercy, because of His righteousness. They had done nothing to deserve it. Their prayer is a beautiful picture of hearts which had been transformed–at this point in the history of Israel they got it right.

Yet, verse 2 seems to portray mockery from the surrounding nations, jeering and scoffing at the returning travelers. As if to say, “Ha! Are you kidding? Look at this place! It is a wreck. How can you think that your God is with you?”

But the response of God’s people in verse 3 is epic. Foundational. Monumental. “Our God is in the heavens; He does whatever He pleases.”

We do not know the level of their theological acuity, but whatever else the case they get the truth correct regarding these perfections of God–that He is on His throne, and that He is sovereign.

Whatever else may be the case, whatever difficulties lie ahead. Whatever challenges may ensue among the scorning nations…God is on His throne, and He alone is in charge.

The security of life is embodied in their confession.

Oh, that these words would be the resolute battle-cry of every Christian, “Our God is in the heavens; He does whatever He pleases.” If we truly believe that, it should change our mindset toward every challenge in life. Oh, that we were known as people so identified with our trust in the one true Sovereign that we are ready for Him to glorify Himself through all of our circumstances.

It may not be easy. It may be downright brutal. But God is in charge…Let us never over-look that! Our God is merciful, and righteous. Let’s let Him work.

Say it right now, out loud, “Our God is in the heavens; He does whatever He pleases.”

And all God’s people said, “Amen!”