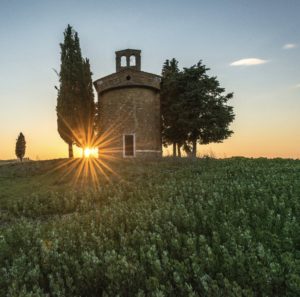 What an absolute gem is displayed in the book of Nahum, which is buried among the Minor Prophets in the Old Testament.  In the midst of an otherwise severe vision of judgment, Nahum assures his readers that God is good, and a refuge to be sought.

Judah, to whom this oracle is directed, is looking at the very real possibility of being taken into exile if she follows in the ways of Israel. In like fashion, she would join her sister nation, if she continued to “do evil in the sight of the Lord.” As the Lord had sent a captor to take Israel astray, so would He do to Judah if they do not stay the course.

Nineveh, the vanquisher of Israel is facing the verdict herself of absolute destruction due to her evil. Her days are numbered, and her doom is announced. But, at this point in time, Judah still has an opportunity to follow Yahweh. At center stage of this oracle is a God who is just; patient, but just. It is this God, this avenging and wrathful God, who offers respite in Himself.

This jewel, this crowning ornament displays the loving, redemptive nature of God; it is found in Nahum 1:7:

“The LORD is good,
A stronghold in the day of trouble,
And He knows those who take refuge in Him.”

Verse 7 affirms the very nature of Yahweh, that He is good. Yes, wrath; yes, vengeance; yes, judgment, and yes, justice. But don’t lose sight of the fact that He is good. A God who would simply wink at sin would not be the God of divine, holy justice.

The implication to the Judeans who would hear this would be that they have the opportunity, as a nation, to avoid this captive fate of Israel, and the horrendous judgment of the Ninevites. The solution is to enter God as their stronghold; God Himself would be the fortress who would shield anyone from judgment. And the inventory of those who have sought shelter in this bulwark is well known to the Lord.

Who would have thought that this ancient book, nearly 3000 years old, could speak to the benefits of mankind in the 21st century? But, it does! The Lord is still a stronghold, and can be ours as well.

Yet, as we see in our day and age, too many people are comfortable living outside of the protection of these walls.

Woe to those who are camped on the outside of this refuge: they will suffer the fate of Nineveh.

Woe to those who straddle the threshold: they are neither hot nor cold.

Woe to those who think they’re on the inside: The Lord will say to them, “Depart from Me; I never knew you!”

But, how blessed and secure are those who fear God, revere God, love God, obey God, have repented of their sins, and have forsaken self!

The question today for every one of us is, “Have you truly taken refuge in Him?”

“Will You Repent?” or, “Will you choose to repent only after you have exhausted all your fun? Your desires? Your playtime? Your disobedience?”

“The LORD is good,
A stronghold in the day of trouble,
And He knows those who take refuge in Him.”

“He knows those who take refuge in Him,” so you better be sure; He is not fooled.

Make no mistake; there will be a reckoning.

God is the Stronghold!
Christ is the Door!
Know whether you are in Him or not!
Take refuge in Him.

“The name of the LORD is a strong tower;
The righteous runs into it and is safe” (Proverbs 18:10).