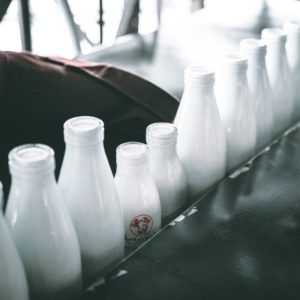 One of the earliest memories I have is that of the day I was going to ride my bike without training wheels for the very first time. What can I say? It’s a pretty special day in the life of a kid when he is trusted, dare I say, empowered; when he begins to taste the limitless boundaries of freedom and independence.

My father had informed me that the day would be the coming Saturday morning, on the street in front of my house. Just me, and my gold Schwinn sting-ray bike, oh, and my father to oversee the entire operation.

You can imagine the day took “forever” to arrive, but eventually, it was zero hour. I remember a few other kids on the block weaving around…some activity in the yards. No cars moving on the cul-de-sac. My bike was strategically positioned in the center of the street. Facing south. No clouds. Wind–7 knots out of the north (okay, maybe not the wind stuff). The plan was to propel me to the south, my dad was the propelling agent. Once I was balanced and moving he would let go. Upon moving from his control…I would begin to pedal, on my own. That was the plan. And, did I say that the training wheels had been removed?…no safety net. With a final thrust, I was vaulted into new territory. I was on my own. I remember looking back to see if my dad was still in control, but he wasn’t! I was solo!

I maintained all my faculties and I began to pedal. Before I hit the end of the street I made a U-turn and safely piloted my craft back to the original point of departure. In absolute glee. Yeah, (sniff), I did it– no wingman. No safety net. No training wheels–those are for little guys, not 5-year-olds with a marked propensity toward autonomy.

Okay. Maybe in the greater scheme of things this event was not all that noteworthy. In fact, this sort of progress would be pretty much expected. What would be abnormal is to see a 50-year old man peddling his way along the street, complete with training wheels. We would think that odd.

But, for a kid, it was a pretty special day. Let me say it was a rite of passage from one level of dependence to the next. Along the spectrum, from one gradient of maturity to the next; it was expected progress.

Other benchmarks would follow. Riding my bike around the block, to a friend’s house. Walking to school. Getting my first job. Driver’s license. Graduation, and marriage.

A rite of passage is a celebration of the movement which occurs when an individual leaves one group to enter another, or one stage to another, from one transition to another; sometimes marked with pomp and circumstance, sometimes with ritual or ceremony.

In the Church, there are rites of passage as well. Transitions from one point of maturity to the next–and that too is expected progress.

The writers of Scripture use the metaphor of milk to speak of maturity.

Peter…encourages those in the faith to “like newborn babies, long for the pure milk of the word, so that by it you may grow in respect to salvation” (1 Peter 2:2). There are incredible nutrients to help these people begin a healthy journey of faith. But one would not expect an individual to continue a milk only diet if they were desirous of growing up.

Paul communicates this tension to those in the Corinthian Church and his usage of milk as a restricted diet is used in the negative. “And I, brethren, could not speak to you as to spiritual men, but as to men of flesh, as to infants in Christ. I gave you milk to drink, not solid food; for you were not yet able to receive it. Indeed, even now you are not yet able, for you are still fleshly” (1 Corinthians 3:1-3a).

The writer of the book of Hebrews carries the rebuke a bit further in Hebrews 5:11-14:

“Concerning him we have much to say, and it is hard to explain, since you have become dull of hearing. For though by this time you ought to be teachers, you have need again for someone to teach you the elementary principles of the oracles of God, and you have come to need milk and not solid food. For everyone who partakes only of milk is not accustomed to the word of righteousness, for he is an infant. But solid food is for the mature, who because of practice have their senses trained to discern good and evil.”

The writer is desiring to communicate the deeper things of Christ but is impeded from doing so. Not because the truth is too difficult to explain, but because the audience of believers has become “dull of hearing”–that means lazy, slothful, and may I suggest, arrogant. Many people have quit coming to church, or simply “given up” because they have been going to church for years and “have heard it all.” Those kinds of ears are difficult to penetrate. So, the condition of the people ears, (and hearts, I might add) is grim.

The writer levies a subsequent rebuke; that they should be instructors of the faith. They should have grown to such a high level of maturity that they are assisting others in their journeys of faith. However, –heir problem is that they had grown complacent, and not moved beyond the elementary understandings of the faith; they had chosen to remain in an infantile state–refusing to grow up.

Solid food, the writer continues is for those who press on toward maturity, those who practice, those who are disciplined, those who desire to study, those who apply their faith. And the fruit of such diligence is the keen ability to discern good and evil.

The writer describes the first-century church, and alludes to the 21st-century church; we are in a state which fails to discern truth from error, good from evil. How many movies, books, and preachers are flooding the church with unbiblical teachings, which have a profound negative effect on the health of the church. How often we fail to discern between the wheat and chaff.

Now, as always, we have a lot of adolescent Christians in the world, ill-prepared to biblically communicate their faith. Likewise, we have a lot of infantile believers crawling around in regards to their biblical obedience. At some point in time, in our journeys of faith, it is expected that the training wheels come off. That we develop depth in our biblical understanding and practical obedience. May I say that time is now?

Spiritual and biblical illiteracy is grievous, but it is not without remedy.

Hebrews 6:1 gives the rally cry to the faithful, “let us press on to maturity!” In other words, let’s move beyond milk, and begin to tear into solid food. Let us grow up in the faith. Dig in!

Let this be a gentle rebuke: let’s put the bottle down, take off the training wheels, and get serious.

Let us press on to perfection in Christ!