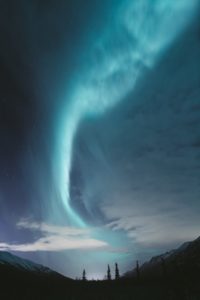 Seems like whatever I watch, or whatever I listen to nowadays, there is an accompanying soundtrack. At movies, on TV, in restaurants, on elevators, even at the gas station, along with my purchase of petrochemical propellants, I am listening to music. Along with the pictures, along with the words, there is an underlying auditory component which helps “set the stage.” It may supply tension, suspense, resolution, or joy. In any case, it is meant to help digest the fullness of the scene.

Many passages of Scripture contain “soundtracks” of sorts, “verbal” soundtracks. Isaiah chapter 6 is supremely amazing. On a larger scale, it is the commissioning of Isaiah to the Lord’s service, but in the midst of that, along with Isaiah, we get to peek into the very throne room of God.

The event is placed in the context of a king who has just died, a complacent king, who had led complacent people. God wants to do something about that and through a vision summons His servant-to-be Isaiah to the Heavenly Temple. The first scene reveals the exaltedness of Yahweh, on His throne and His train filling the Temple, identifying the resplendent majesty, authority, and sovereignty of the Lord; thus, it permeates the Temple.

Around Him are some interesting creatures with a specific purpose–the six-winged seraphim. Wings to cover the face, wings to cover the feet, and wings to fly. Literally, the term seraphim is the plural of “burning one.” We don’t have an actual number of how many are there, but in Revelation John seems to communicate there are…well, quite a few.

The heavenly beings are on fire. The imagery is one of purity, as they fly around in constant service affirming the divine character of the Lord, “Holy, Holy, Holy, is the Lord of hosts.” How awesome is this? Their constant function is to herald the nature of the Lord.

Revelation 4:8 adds another dimension to this perfection: the eternality of the Lord. “HOLY, HOLY, HOLYisTHE LORD GOD, THE ALMIGHTY, WHO WAS AND WHO IS AND WHO IS TO COME” is affirmed by the four living creatures.

The 24 elders then echo, “Worthy are You, our Lord and our God, to receive glory and honor and power; for You created all things, and because of Your will they existed, and were created” (Revelation 4:11). Yet, again the creative majesty is also affirmed.

The heavenly scene seems to move to the awesome crescendo.

“Then I looked, and I heard the voice of many angels around the throne and the living creatures and the elders, and the number of them was myriads of myriads, and thousands of thousands, saying with a loud voice, ‘Worthy is the Lamb that was slain to receive power and riches and wisdom and might and honor and glory and blessing.’ And every created thing which is in heaven and on the earth and under the earth and on the sea, and all things in them, I heard saying, ‘To Him who sits on the throne, and to the Lamb, be blessing and honor and glory and dominion forever and ever.’ And the four living creatures kept saying, ‘Amen.’ And the elders fell down and worshiped” (Revelation 5:11-14).

Rightfully so, exaltation for the act of redemption…

And you may well guess there are more “soundtracks”…many more communicated in the pages of Scripture. Perpetual affirmations of God–the beautiful chorus of Heaven.

It is hard to comprehend a time when we will be able to engage in a concerted effort of worship such as this. But, can you imagine the day when our worship will be untainted? Worship will be without any self-glorification. There will be no animosity toward the one next to us. Our hearts will be right before the Lord. No distractions. It will be transparent and pure, to the glory of God. Though our worship on this earth is imperfect, we’re just getting started here, Church.

The soundtrack of Heaven, forever is the professed truth of the eternal holiness of our Sovereign God. So transcendent is this glory that it proceeds to the sum of creation, “The whole earth is full of His glory.” He is the exalted Creator and Redeemer of His people. This is a description of the best worship service ever to be experienced.

“Hallelujah! For the Lord our God, the Almighty, reigns.”