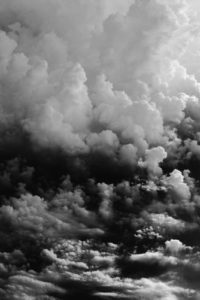 Identifying the existence and magnitude of God is essential for all assertions of faith. If no legitimate deity can be claimed or defined, then all subsequent beliefs are untenable. Mostly, the purpose of this first article of faith is the assertion of the existence and character of God. It is an assertion that we hold to a monotheistic faith (Deuteronomy 6:4), or one God (Isaiah 44:6, 45:5-6; James 2:19) who exists in one nature, yet in three persons: the Trinity (John 17:11; 14:16, 17, 26).  Though the term Trinity is not specifically found in Scripture, it is used freely to refer to that which is clearly identified throughout the Bible (Matthew 28:18-20; Deuteronomy 6:4, 2 Corinthians 13:14): that the Lord is one God. Jesus makes it clear in John 14:8-11 that He and the Father are one. Also, in John 16:26, Jesus states that the Spirit proceeds from the Father. Though difficult to comprehend, this doctrine is foundational to the Christian faith. It is likely the most fundamental factor in evangelical theology as all other doctrines rest upon this belief.

Each person of this Trinity is equally God, equally divine, of equal authority, and has eternally existed (Daniel 4:34-35) though they vary in function; God establishes the plan of salvation; Jesus performs the work of redemption and the Holy Spirit regenerates the lost. At some point in time we are aware that there was only God: no time, no space, no created matter or beings (John 17:24); only God in His Trinitarian form existed in perfect communion, or fellowship with Himself. No person of the Godhead was created. This claim is fundamental. Some cults would like people to believe that Jesus was the created Son, or the created brother of Lucifer. We stand on John 1:1-2, “In the beginning was the Word, and the Word was with God, and the Word was God. He was in the beginning with God.”

The Old Testament is laden with allusions to the Trinity. In the first chapter of Genesis, it is clear that all of creation, including the creation of man was a Trinitarian endeavor.  Genesis 1:2 declares that, “the Spirit of God was moving over the surface of the earth.” And Genesis 1:26 reveals through the pronouns us and our, that God in His Trinitarian form determined to create man with a purpose. This is further clarified in Colossians 1:16-17, and John 1:1-3 where it is confirmed that Jesus Himself was an Agent of the Creation process.   Our purpose is to glorify Him; God’s plan was to redeem unto Himself a people justified by the sacrificial atonement of the second Person of the Trinity, Jesus Christ (Ephesians 1:11).

The Lord God encompasses many additional attributes as well. He is spirit, which identifies that He is invisible. He is a loving, good, merciful, jealous God, and wills for people to believe in Him as the Creator of all (1 John 4:8; Matthew 19:17; Psalm 86:15; 1 Peter 1:20-21) as He is a personal and relational God and desires intimate relationship with His people (John 1:12). In addition to holiness, immutability, and eternality, perhaps three most definite attributes that are characteristic to Him alone are omniscience (Psalm 139:1-16), omnipotence (Jeremiah 32:17), and omnipresence (Psalm 139:1-16). The words having limitless knowledge and sovereign power, are a reminder of the battle we have against the insurgence of open theism, the thrust being that God is awaiting actions of mankind so that He can decide how He should respond. I hold that God has always had “limitless knowledge,” as He always knew He desired to create a people for Himself. He chose us to be redeemed through Christ before the foundations of the world (Ephesians 1:4). Before Adam sinned, before he was created, God determined to restore fallen man to Himself (1 Peter 1:20-21). We refer to God in this respect to be omniscient, of having complete knowledge. Additionally, we hold Him to be omnipotent, or all-powerful, and omnipresent or existing everywhere.  God, in all His majesty, utilizes these attributes with full sovereignty in order to glorify Himself (Colossians 1:15-22; Revelation 4:11, 5:9-14). This sovereignty allows Him to do just as He wishes. He is accountable to no one, as He is the Creator and Lord of all (Job 38:4).